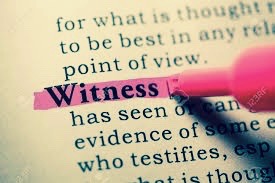 As Ginger and I traveled home from my father’s funeral, we tried to imagine what life would be like for my mother who had lost her traveling companion of almost sixty years. They loved being together. It was their favorite thing. Then we tried to imagine what we would do without each other. It was more than I could imagine, but I said, “I think one of the hardest things would be not having someone who cared about the details of my day.”

So I made up my mind to do my best to call my mother everyday and ask about the details.

This morning, I was reading a post from my friend Kenny and he reminded me of a scene from the movie Shall We Dance. It was the story of John Clark (Richard Gere), an estate lawyer with a charming wife and loving family. Nevertheless, John felt something missing in his life. One evening on his commute home, John impulsively got off the train and signed up for weekly dance lessons. He didn’t tell his wife Beverly (Susan Sarandon) about his new interest in ballroom dancing, which raised her suspicions to the point that she hired a private investigator. At one meeting, they had a discussion about marriage.

“All these promises that we make and we break, why is it that you think people get married?” Beverly asks.

“It’s interesting, bccause I would have taken you for a romantic. Why, then?”

“Because we need a witness to our lives.” Beverly replies. “There are a billion people on this planet. I mean, what does any one life really mean? But in a marriage, you’re promising to care about everything: the good things, the bad things, the terrible things, the mundane things—all of it, all the time, every day. You’re saying your life will not go unnoticed, because I will notice it. Your life will not go unwitnessed, because I will be your witness.”

A witness. As someone who grew up Southern Baptist, the word witness had different connotations. Witnessing meant telling people about Jesus, rather than listening to them. Yet, it seems, when I look at the life of Jesus, he spent his time witnessing in the same way Beverly talked about: caring about everything happening in the lives of those around him. Honoring the details.

In the early days of the camcorder, before there were smartphones and Youtube, Peter Gabriel and

Amnesty International started the Witness, working to help people tell their stories of struggle and oppression and asking those of us who live in privilege to promise their lives would not go unnoticed—to bear witness, the same way we bear a burden, I suppose. To learn, as U2 sang in a song I posted a couple of days ago, “to carry each other.”

One of the things that has crossed my path recently is a song from a Broadway show I have not seen called Dear Evan Hansen. I don’t know much more about it than the title and the song called “You Will Be Found.” The song makes me want to see the show. I found a video of a virtual choir singing the song that made it even more powerful. The opening verses say,

well, let that lonely feeling wash away
maybe there’s a reason to believe you’ll be okay
‘cause when you don’t feel strong enough to stand
you can reach, reach out your hand

and oh, someone will come running
and I know they’ll take you home
even when the dark comes crashing through
when you need a friend to carry you
and when you’re broken on the ground
you will be found

You will be found. Your life will not go unnoticed. I will notice it. Let us say those words to the people we love most. Then let us think of ways to say it to those we don’t know quite as well: to the people who pour our coffee, or take in our dry cleaning; to the checkers and servers and people we pass in grocery stores who look lost in the cereal aisle; to the people who sit nearby every Sunday in church, yet whose names we still do not know. Let us be witnesses to one another. Finders, and keepers.

What better way to spend our days than to honor the details of one another’s lives—witnesses to what matters most.