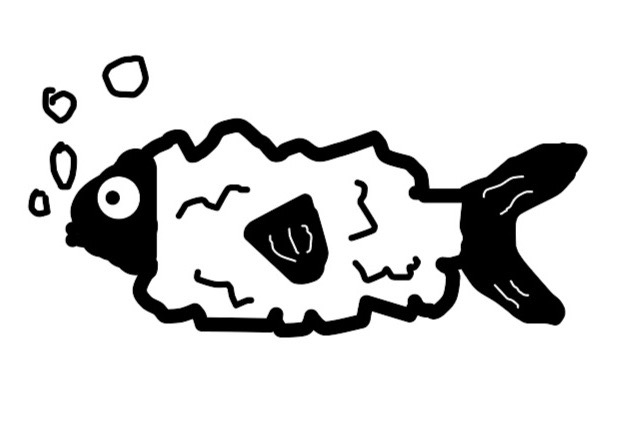 In her essay “Soon This Space Will Be Too Small,” Jordan Kisner writes,

Even if we are not fated to circle a single story for our whole lives, perhaps we are obliged to follow a single thought all the way until we have finished it. Thoughts can take years.

This a weekend that retells the beginning of the story Ginger and I are telling in our lives together and the lectionary story of Jesus calling Simon, James, and John to drop everything and follow him. At the heart of both is the single thought I can not exhaust: we are loved; we are really, really loved.

There was an ice storm in Fort Worth, Texas this weekend.

I know that doesn’t matter much to folks here in New England, other than to feel sorry for them, but it was a sentimental moment for Ginger and me because thirty-three years ago on this very weekend we had our first date in Fort Worth, Texas—where we lived at the time—and there was an ice storm.

We met the weekend before on a youth retreat. She was a sponsor with one of the church groups and I was leading the music. Neither of us expected for the weekend to be life changing. And then we met each other, had our first date going to see Lyle Lovett in an ice storm, and the rest is history.

Whether we are talking about couples or long-time friends, the “how we met” stories are always worth telling.

Our scripture this morning reads like one of those stories, but the more times I read this story, the less I think this was Jesus’ first encounter with Peter, James, and John. The way Matthew and Mark tell the story, it reads like Jesus was walking through town picking up disciples like he was picking up groceries. For them to be willing to just get up and go makes me think they knew the day was coming. I don’t know another way to explain how Jesus could just walk up and say, “Follow me,” and the guys just walk away from work and family and everything else.

Luke takes a little more time to let the story unfold. Though Matthew and Mark say Jesus had begun preaching, Luke has him in the middle of a crowd when he encounters the fishermen. Almost every time there is a crowd in the gospel accounts, they are hungry—for words, for food, for hope. Jesus comes upon Simon and James and John who are washing their nets after a disappointing night at work. Their day is ending.

Jesus got in one of the boats, sat down, and asked them to push out a bit so he could talk to the crowd. Many years ago, Ginger and I went to Israel and Palestine and stood on the shores of the Sea of Galilee. Our guide told this story and remarked of Jesus’ understanding of acoustics: talking from the water to the shore made his voice louder. More people could hear him.

What Jesus asked of the men was inconvenient and imposing. They were cleaning up. They had to get back in the boat and take him out and then sit there while he preached. When he finished, he told them to row our further and drop their nets. Simon was less than hopeful, but said, “Because you asked, we’ll do it”—another clue that they were already acquainted.

And they caught so many fish that the nets began to tear and the boats began to sink and, based on Simon’s response, it all felt like a metaphor for how Simon felt about the whole thing: he dropped to his knees and said, “I am not worthy of this. Go away from me.”

Jesus’ response was, “Don’t be afraid. Now you are going to fish for people.”

Luke says they docked the boats, left everything, and followed Jesus. They didn’t walk away from their jobs in frustration after a fruitless night of fishing. They walked away from two boats loaded with fish. From a winning fish lottery ticket. But instead of the fish, they saw the mass of hungry people that Jesus saw as well.

I read a phrase this week that stuck with me: ordinary devotions, which means in our lives we may “undergo the same realizations, write the same notes in the margin, return to the same themes in one’s work, relearn the same emotional truths” because “such revisitations constitute a life.”

The thing Jesus kept coming back to with Simon (whom he also called Peter) and the others was that they were wonderfully and uniquely created in the image of God and worthy to be loved. We see that theme repeated over and over in the gospels. They appear to have bet their lives on being with Jesus, because when he was executed they were devastated. We observe the crucifixion already knowing about the resurrection; the disciples were not so fortunate. Peter followed Jesus as he was taken into custody and ended up in the courtyard outside the place where the trial was taking place. In the course of conversations around the fire, he denied knowing Jesus three different times.

After Jesus’ death and a couple of days of regret and remorse, Peter went back to what he had walked away from. “I’m going fishing,” he said. And they got in their boats and fished all night. I wonder if Peter made the connection. At dawn, someone called from the shore and told them to try again—and they caught so many fish that the nets almost broke and the boat almost sank.

And Peter said, “It’s the Lord,” jumped in the water and swam to shore.

I think that in that moment Peter not only recognized Jesus but he remembered the ordinary devotions Jesus had returned to over and over. Jesus believed in Peter more than Peter believed in himself. In their first encounter, Jesus had to get them to look up from their nets to hear what he had to say. They were so wrapped in the repetitive details of their days and the demands of their work that they had to be shocked into awareness of who was right in front of them. The boat full of fish helped them see that there was more to their lives than they had ever been able to see—and Jesus was offering to show them who they could become. The second time, they were wracked by despair and guilt and grief that they had to be astounded in order to remember that love is stronger than whatever we might have done.

At the end of the second encounter, Jesus asks Peter the same question three times—do you love me?—and then, when Peter says yes, Jesus says, “Feed my sheep.” Though he’s switching metaphors, I think he’s saying much the same thing as, “Fish for people,” and that is, “You know what it feels like to feel hopeless, or caught, or despairing, or guilty, or like nothing will ever be the same again, and now you know what it feels like to know you are wonderfully and uniquely created in the image of God and worthy to be loved. Go tell everyone you can what that feels like and tell them they are included.”

In other words, “Fish for sheep.”

Whoever you are and wherever you are on life’s journey—whether in the boat or on the shore, feeling on top of the world or at the bottom of the pile, wracked by guilt, buried by despair, clinging to hope, hoping for change, longing for normalcy, or just drowning in daily details—Christ’s invitation is still the same: come fish for sheep. This is the story we keep returning to so we can relearn that we are wonderfully and uniquely created in the image of God and worthy to be loved. This is the ordinary devotion worth repeating, the old story that has new things to say every time we tell it—and we need to tell as many people as you can. Amen.