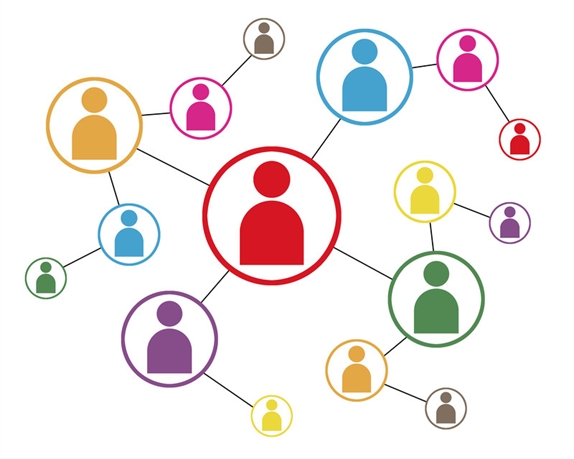 Kenny Chesney followed me on Twitter this week. I have no idea why. But Kenny, if you’re reading this, would you mind promoting my books at your concerts?

I continue to be amazed by how we are connected. I met my friend Vijaya when we both were new teachers in the Winchester, Massachusetts school system. I go to know Floyd when my friends Joy and Todd were pastors in Cambridge, Mass. He and I were in a production of Godspell together. Today I saw he liked one of her posts. I have no idea how they know each other.

Several years ago now, my friend Anita in Texas introduced me to a friend of hers through Facebook. A year or so later, her friend commented on one of my posts and Anita asked how we knew each other.

I first met Mark in sixth grade at Hubbard Heights Elementary School in Fort Worth, Texas. My family was on furlough from the mission field. When I got to Baylor, I saw him again, and also when I got to seminary. My second year of CPE at Baylor Medical Center in Dallas was his first. In October, I went the the Dodge Poetry Festival in Newark, New Jersey. After one of the sessions, I went up to speak to the poet. A man was already talking to her. It was Mark. We had dinner together.

When we came to Guilford for Ginger to preach her candidating sermon, I met a woman named Marjorie who had lived in Zambia, which was an interesting connection on its own. When we moved here, she found me at coffee hour and said, “I was in your home in Lusaka. Your father’s name was Milton and your mother was Barbara. I have the cookbook she put together. I was in your home. I remember you and your brother running around the house.” She now likes to say she has known me longer than anyone in the church.

My friend Burt called me tonight on his way home from work. He lives in Waco. We met in Waco, when he was a freshman and I was a junior. That was 1976. In 1986 I called him to say he was the first friend that I had had for ten years where I had known where he was all ten years. With all the moving I had done, and before there was any kind of social media, I had left a lot of people behind. It has been over thirty years since 1986, and he’s still calling.

Annie is also an MK (that’s missionary kid), though she grew up on the other side of Africa from me. My father traveled there, so she knew him. We found each other on Facebook and then, when her husband Chris was sick in Winston-Salem, I drove over from Durham to see them. She and I share a deep love of poetry, among other things.

Amy and Christian live in the Dallas Fort Worth area, but they used to live in Portland or Seattle—I don’t remember which. We met at the very first Wild Goose Festival. They ended up spending the night with us after it was over.

Last year, Ginger and I went to the Minister’s March for Justice in Washington DC. As is my custom at events like that, I was people watching. I saw a woman standing in a purple robe dancing to the music. I tapped Ginger on the shoulder and said, “There’s your friend.” A few minutes later, Ginger walked back and told her the story. It turned out she was working on her PhD and her dissertation was on the role of the translators in the Amistad case. She came to Yale regularly because Yale has all the documents. Since then, she has stayed with us three or four nights a week while she finished her doctorate, which she finished a couple of weeks ago.

I could keep going.

I was writing this evening for a book that will come out next year. (More about that later.) Here’s part of what I wrote:

Grace. It’s the name for the prayer we say at dinner when we pause and realize all the connections that got us to the table. We pause to remember that we would not be here if it weren’t for the unearned connections that keep reminding us that we belong. I picture the movie scene where the jewel their who is trying to break into the museum and has to figure out how to cross the room full of zig-zagging lasers. The thief may get to the gem without getting caught, but the lines that connect us are so thick that we can’t help but bump up against them. Yet, they can become invisible. Circumstances can dull our vision, or even blind us to all that tethers us. We have to be intentional about reminding each other of the ties that catch us. We have to practice staying connected. We have to choose to do so. We pay attention: that’s the cost of meaningful relationship. We have to come by everyday and lay down a fresh coat of grace for one another, offer an unearned reminder that we are all really, really loved. Salvation is not a cosmic gesture as much as a constellation of small actions that carry love. We are saved one day at a time, one day after another.

Tonight I am grateful for all the ties that bind.

If you have a story, share it in the comments.

I will leave you with one of my favorite songs by my friend Billy. We made a connection at a youth camp, thanks to our friend Gene, and ended up not only being friends but writing songs together.