I am a U2 fan because of James, John, and Todd — three guys in my youth group at University Baptist Church in Fort Worth back in the Eighties. Well, those guys and the fact that in those early days of MTV the band’s videos played relentlessly. One of my favorite memories at UBC was sending James’ mother to Sound Warehouse to pick up The Joshua Tree on release day because we were on a youth group ski trip. She met us with the CDs on our return. When the band came to town on the Rattle and Hum tour, we were all in the Tarrant County Convention Center for both nights. One of those concerts contained the performance of U2 and B. B. King singing “When Love Comes to Town” that ended up on the live record. James even managed to meet the band and they dedicated a song to him: “Bullet the Blue Sky,” as I remember.

My foot starts tapping just thinking about it.

The memories unearthed themselves this evening because I went to a “U2charist” at St. Philip’s Episcopal Church here in Durham. It’s just what it sounds like: a Eucharist with music by U2. The idea has been around about a decade, but I’ve never gotten to go to one. We met in the Parish Hall at the church. The music was provided by U2FX, a local U2 cover band, who did a good job offering the songs. The priests at the church led the worship. The offering went to support the work the church is doing with the Bromley Mission School in Liberia.

We sang a lot of songs. Here’s the list, in the order we sang them:

Two of them were new to me: “Magnificent” (based on the Magnificat) and “Window in the Skies.” All of them added meaning and focus to the service. The lead singer of the band took time to talk about how the U2charist had come to be in the first place and how it had found a life in many adaptations. The point, for me, might be best described in one of my favorite Billy Joel lyrics: “I believe there comes a time for meditations in cathedrals of our own.” The centuries-old prayers backed by electric guitars made for good worship because it cast new light through the stained glass.

One of the quotes I come back to every Advent is one I found about the time I got The Joshua Tree, though the words are also centuries old, from the pen of Meister Eckhart:

I don’t think he was saying we have to contemporize everything to make it meaningful. I’m not saying that either. What I hear in his words is the call to keep the story fresh, to keep telling it in a way that compels our hearts to hunger for God. Tonight, hearing the U2 in the context of Communion made both the songs and the sacrament come alive in new ways. I ieft wondering how I might put together an Emmylou-charist — and how I can be the best midwife for Christ to be born here in Durham this year.

oh, can’t you see what love has done
what it’s doing to me?

Here’s the video for “Window in the Skies.” 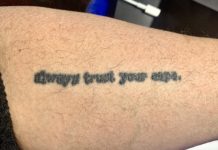 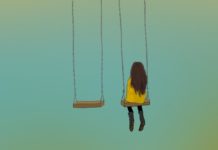