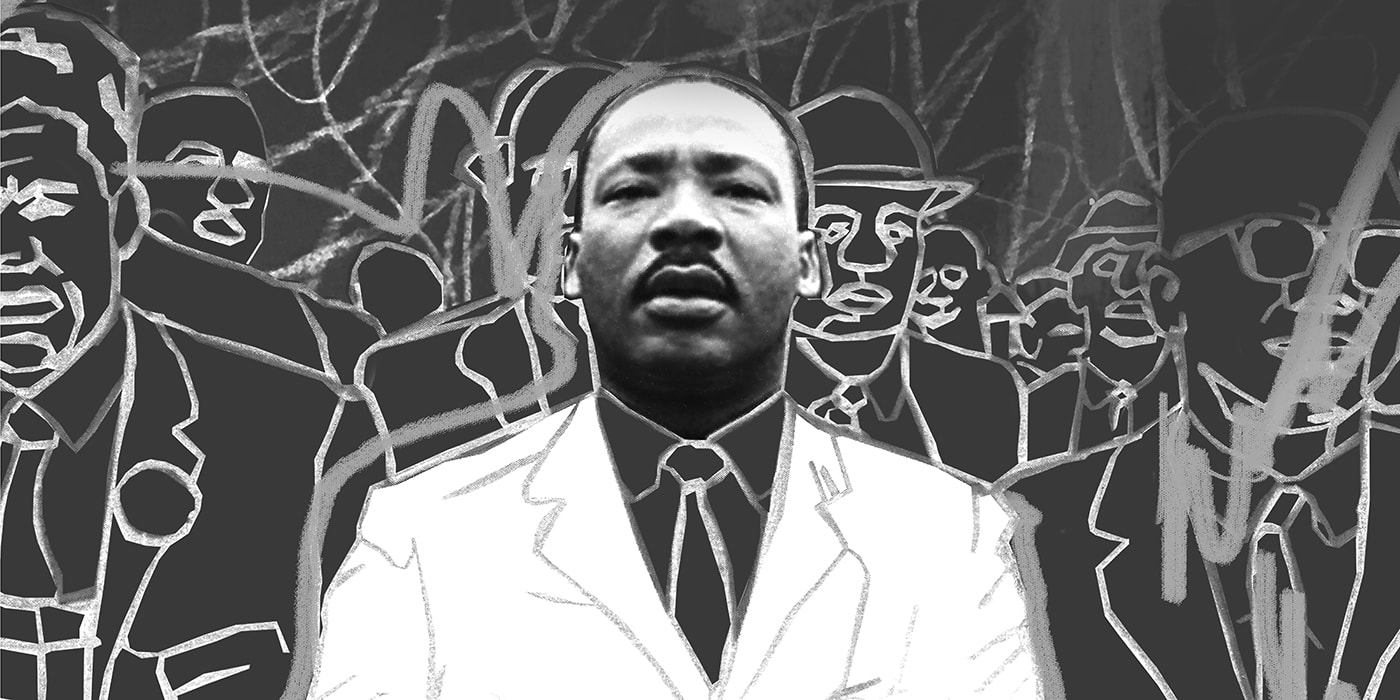 I preached at my church today. The person who was supposed to be our speaker for MLK Sunday was ill and Ginger and Sarah asked me to fill in. I am sorry she got sick and I am grateful for and humbled by the opportunity to preach today. Here is the manuscript of the sermon. A recording of the sermon will be posted here in the next day or two.

If we mark time by the liturgical calendar, today is the second Sunday of Epiphany, a word that means “awakening,” and points us to the Magi—the wise ones who followed the star to the manger. Because of their encounter with the baby Jesus and their awareness of the damage King Herod wanted to do to the child, they chose to go home by another way rather than playing into Herod’s hand and telling him where the child was.

If we mark time by our American calendar, this is the Sunday when we honor the legacy of the Rev. Dr. Martin Luther King, Jr. On the night of January 27, 1956, in the middle of the Montgomery, Alabama bus boycott, Dr. King got a phone call at his home telling him if he didn’t get out of town they were going to blow up his house and kill him and his family. He was twenty-seven years old. He went into the kitchen to pray. And he said he heard a voice call him by name: “Martin Luther, stand up for truth, stand up for justice, and stand up for righteousness.” His epiphany that night led him to lead us and to change how we look at and listen to one another, and, perhaps, to God.

Our text for this morning deals with another call in the middle of the night—this one to Samuel, a young boy to whom God spoke out of the darkness. Let us listen to the story together.

The story from the life of Samuel was one that engaged me as a young boy because I imagined him at my age. I didn’t understand how his mother could have sent him to live in the Temple, but I could see him waking in the night and going to Eli, thinking the old man had called him. “I’m here.”

The drowsy priest said, “I didn’t call you. Go back to bed.” It happened a second time, and then a third. By then, Samuel wasn’t the only one who was awake, and Eli had a sense that more was going on, so he gave Samuel different instructions: “Next time answer, ‘Speak, Lord. Your servant—your follower, your disciple—is listening.’”

Sounds easy enough, doesn’t it. But to actually say to God, “I’m listening”—and mean it—a brave thing to say. God told Samuel to go to breakfast the next morning and let Eli know that his blindness was both a physical reality and a metaphor: he and his sons were going to be punished for their abuse of their office. Not easy news for an eleven-year old to deliver. But he did it.

Shirley Cherry, the Tour Director at the museum in the house where Dr. King and his family lived the night he received that phone call, said, “He had a choice. Dr. King had a privileged life. He didn’t have to do what he did.” Her choice of words jumped out at me: he had a privileged life. He got to study at Boston University. He did have some advantages others did not. Yet, when he came to Durham, North Carolina, just days before he was assassinated, to meet with an interracial group of ministers, they had to meet in the private home of Rev. DeWitt Myers, who was a member of our former church, because there was not a restaurant in town that would allow them to eat together. Yet, she said, he had a choice.

I am a straight, white, male—the trifecta of privilege. And as a straight, white, cisgender male, I am humbled to be speaking on this day when we look again at the legacy of Dr. King, and the call of God on our lives, and see what it means for us, in our time, to answer, “Speak, Lord, for your disciples are listening.”

If you were here last Sunday, you heard Marjorie Colten tell of how she and I figured out that we had met in Zambia when I was about Samuel’s age, I suppose—maybe younger. My parents were missionaries when I was growing up and I lived in Africa until I was sixteen. My stole this morning—

which is actually a scarf of the Zambian flag—was a gift from a childhood friend, Wynegood Malunga, His father was the pastor of the church we attended. My heart was grieved by the derogatory and offensive words about Africa and Haiti that came out of Washington this week, not only because I have a deep love for Africa, but also because I want to remind myself that the point of my life is not to make sure I remain a part of a privileged class. Contrary to what some of the voices in our society say, the world does not revolve around me and those who look like me.

When we lived in Durham, I interviewed for a job teaching in an alternative high school for kids who struggled for a number of reasons. All of the staff was white. All of the students were people of color. I had a great interview and spent a wonderful day on campus working with the students, as did one other candidate, who was an African American woman. We were both equally qualified. We both knew we had performed well. And she got the job because she had more in common with the students. They needed to see a mentor who looked like them. A friend in Texas was angered when I told him I didn’t get the job. He felt like I had been cheated somehow, but I did not. Though I would have loved to work there and I think I would have done well there, she was the better choice. I was not wronged or cheated by them choosing her.

There is another, perhaps even more personal way, this passage has affected me, and it has to do with hearing. Some of you know I wear hearing aids. I have worn them for almost seven years. The technology is helpful and frustrating at the same time, because it feels like it amplifies the background noise more than anything else. I have to be mindful of where I sit in a room so I can best hear the speaker. I struggle to understand sales clerks in stores. I say, “Say it again, please” a great deal. It is frustrating, and sometimes embarrassing. In the past year, my hearing has gotten profoundly worse, for reasons I don’t understand—and it frightens me. I can no longer hear my phone ping when I get a text message. I can’t hear the timer go off on the stove. I voiced my fears to my spiritual director and she said, “So what’s the question for you as you deal with this?” We talked a bit more before I could answer, and then I said, “I think the question is, how do I keep listening when I can’t hear?” My life is changing in ways I did not anticipate. My abilities are changing and I don’t want my physical reality to become a metaphor for my life. How, then, do I keep saying, “Speak, Lord, I’m listening”?

Most of us, as members of the United Church of Christ, know our denomination’s slogan, “God is still speaking.” When we hear the stories of Samuel and Martin and their late night calls from God, the truth of our slogan is more disquieting than comforting because we may soon realize that our still-speaking God is in the habit of waking us up night after night to see if we are still listening. The world is changing faster than my hearing, even as the problems of how we live together are as old as humanity. God is still speaking about what is going on in Africa and Haiti, and God is still speaking about poverty in New Haven, and the need for affordable housing in Guilford, and the reality that we live in a state severely divided by race and economics, even though it is easier to point fingers at the South and say it is their problem. God is still speaking about how we are called to do more than agree to disagree, but we are called to compassion and forgiveness and change. God is still speaking and calling us to choose generosity over security, to choose community over individualism, to choose compassion over self-righteousness. We live privileged lives and we have a choice.

God is still speaking and each time God speaks and calls us by name, the question remains the same: are we still listening? Amen.