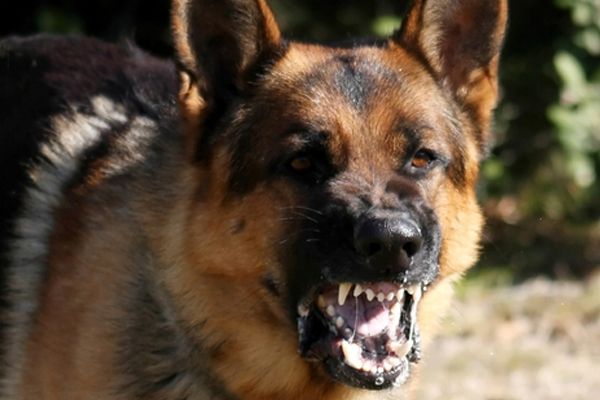 When I was a boy living in Lusaka, Zambia, one of our neighbors was an American woman who had a large German Shepherd named Tammy. The dog was trained to sit in the middle of the front yard and look and sound menacing, since the woman was frightened of people who didn’t look like her. Tammy was most inclined to bark at those who didn’t look like her, as well.

The dog scared me. When we did go to her house, I was hesitant to approach her at all. One day, the dog did something she wasn’t supposed to do and the woman turned on the dog and yelled, “Tammy—shame!” The ferocious animal crumbled. She didn’t move. I felt incredibly sad for her.

Ginger worked late last night, trying to wrangle her sermon into its final form. The story for today is about Elizabeth and Zechariah learning that they would have a child who would grow up to be John the Baptist. The story became more complicated for her when she read one commentator who pointed to the line about the “disgrace” or “shame” Elizabeth felt for being childless. Luke notes that she remained secluded for five months after she found out she was pregnant and would say, “How good the Lord is to me,” she would say, “now that he has taken away the shame that I have suffered.” (1:25, Phillips) The commentator pointed out that for those who have struggled to have children, or who have not been able to do so, this is a difficult story, and that difficulty is lost on those who don’t walk the same road.

I love to tell the story, for those who know it best
seem hungering and thirsting to hear it like the rest

says one of my favorite old hymns, but when the way we tell the old, old story does damage, we need to look at how we tell it. The fact that Elizabeth and Zechariah could not have children was not their fault, yet they felt shame—the same life-crushing force that broke that German Shepherd into pieces in front of me. Too many times, we hear that the old, old story is one of God yelling, “What the hell is wrong with you?” rather than saying, “I am with you.”

Most every time an angel shows up in the story, they start by saying, “Do not be afraid.” I understand how that can be read simply as a response to the fact that an angel was suddenly in the room, but what if, as we tell the old, old story, we were to take it in a larger sense: the presence of God is not something to be afraid of. God is not mad. God is not our for revenge. The point of the Incarnation is not payback. God is not trying to get even.

The same Gabriel who talked to Zechariah told Joseph it was all in the name of his son: Emmanuel—God With Us.

Shame does not give birth to life. Only love creates life. Only love breaks through the barriers we build between ourselves. We are created in the image of God. We were not created to be controlled by shame.

Last week, we went to see Boy Erased. The movie is based on a true story about a young man who is the son of an evangelical preacher. The boy comes out to his parents and his dad sends him to conversion therapy. The boy goes willingly at first, until he begins to realize what is being done to him and the others there, which is they are reminded over and over that God hates who they are. The one running the camp might as well have been yelling, “Shame!” over and over and over. When we left the movie, I could not get away from the thought that if our theology does damage, then something is wrong with our theology. If we are not building relationships, building up one another, binding ourselves to one another, then we are not telling the old, old story as it was first told to us.

The best thing we could do this Advent is to tell the old, old story with clarity and simplicity, beginning with, “Do not be afraid.” Gabriel told Zechariah to not be afraid because God had heard their prayers. A few verses later, Gabriel appeared to Mary and said, “Do not be afraid. God loves you dearly.”

We are not sinners at the hands of an angry God. Jesus did not have to die as some sort of cosmic payment for our sins. Jesus was killed because the religious leaders of his day thought they could be more successful if they aligned with the fear-based oppression of the ruling government. Sound familiar?

Yes, we have sinned. And we keep sinning. But that is not who we are. We are the beloved of God. We are created in God’s image and worthy to be loved. That is the oldest story of all. And the best one.

Advent began here with a dark and rainy day. Even with full sunshine, these short winter days mean we only get about nine hours of daylight. We have had to have the lights on all day. In the early verses of John’s gospel he says, “The light still shines in the darkness and the darkness has never put it out.” (1:5, Phillips)

In these dark days, those words are both hopeful and fantastic. Can the light really outlast these days when we see some much hate running unleashed, so much intentional divisiveness, so much that pushes to define people by what they have done wrong or how they don’t measure up?

The old, old story reads like contemporary news, as the Romans sought ways to control and crush the people of Palestine, whom they considered to be less than human. They had set up an economic system that played to the rich at the expense of the poor. And still, Christ was born.

The light does shine in the darkness. Period.

We are the beloved of God. Period.

Do not be afraid.