Several months ago, I was walking down the aisle of our local Target store when a mother and her son, who looked to be about ten or eleven, rounded the corner and started coming toward me. They were obviously having a fight. I only heard one sentence. The mother said,

“You’re right. I don’t know who Slipknot is. But I know who Led Zeppelin is and I know who Lynyrd Skynyrd is.”

I felt like yelling, “Free Bird” right there between the eye care products and the printer cartridges. What I did was smile and think back to the faces my dad would make when I put on my Jimi Hendrix records. Ah, but those castles made of sand fall in the sea eventually.

I came home from work tonight to find Ginger watching the American Music Awards. She and I are both intentional about keeping up with popular music because we like a lot of it and because we like young people. That said, tonight’s lineup of nominees made me keenly aware of how the music business changes. Many of the folks I grew up listening to are still making good music. Many of them spend their summers singing songs from long ago without any new stuff so we can yell, “Free Bird” from the back row. But many of the ones getting the awards were not easily recognizable to me (except the Isley Brothers – I’m assuming it’s really the Isley Brothers’ grandkids).

When it comes to award shows, I’ve got three or four good essays in me. There’s the one about how cool it must be to work in a business that is determinedly self-promotional and affirming. We don’t have the American Dishwasher Awards, if you know what I’m saying. There’s one about the vanity, opulence, and waste of such an over the top evening. Wait – Vanity, Opulence, and Waste would be a great album title. Better yet: those are good names for rappers, except they would have to be spelled VaniT, Opwelens, and Wayst. I can see it now: “The Bring the Bling Tour.”

Where was I? Oh, yeah. There’s another one on fashion do’s and don’ts. After a few of those outfits, I want to sing, “Ya’ll gonna make me lose my mind up in here, up in here.” There’s one wondering why so many popular artists have to swear so profusely in their songs.

Then there’s this one.

American popular culture, in the form of most of those who crossed the stage tonight, is easy pickings. I like making fun of it because much of it deserves the ridicule, along with several other slices of our society. Most of what makes it to our radios and televisions is n 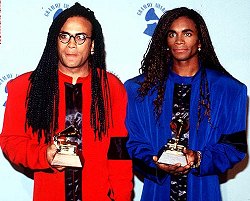 ot the best stuff out there. The Billboard Hot 100 is littered with well-marketed mediocrity. Just ask Milli Vanilli, Rupert Holmes, and either one of the Simpson sisters. But I have to come clean. I like some of it, too. I’ve been a closet Christina Aguiliera fan ever since “What a Girl Wants.” “Any Kind of Man” is Ginger’s ring tone on my cell phone. Come on – you have to give the girl props for singing “You’ve got soul, you’ve got class, you’ve got style, you’re badass.” Now those are lyrics, my friend. Ginger has danced all of her life, so she gets a kick out of the choreography of the Pussycat Dolls and Justin Timberlake. She’s says I dance a lot like Timbaland.

However dismal I think much of today’s music is, I must remember I graduated from high school in the year that “Seasons in the Sun” was the number one song. It remains one of the worst songs ever inflicted on the world, along with “The Night Chicago Died,” “Billy, Don’t Be A Hero,” and pretty much anything Meatloaf has ever done.

And then, of course, there’s Celine Dion, or, as I like to call her, Satan.

You won’t find an phat beats or mad rhymes on any of those records. The rise of hip hop will not bring the fall of civilization as we know it anymore than Elvis, the Beatles, or Jim Morrison. But it will make me feel old, which is hard to take. Kelly Clarkson, who won the first American Idol competition as a teenager, won an award tonight as Adult Contemporary Favorite Artist. U2 has been making records for twenty-five years. A friend saw Bob Dylan last weekend and said in concert he can’t play guitar anymore because the arthritis in his hands is too bad; he only plays the keyboard.

As I age, I can choose to walk around yelling, “Turn that music down,” and talk about how they don’t write songs like they used to. I can choose to act like I’m hip and cool (or whatever the kids are calling themselves these days) and not act my age. Or, I can continue to do as I’ve tried to do most of my life and that is look for excellence in the sea of unimaginative marketing that is American popular culture. It’s easy to be condescending. When I was writing songs, which were played mostly on Christian radio, I struggled because I wanted to feel better than the guy who was singing about cartoon characters getting saved (that was a real song). It wasn’t easy for me to come to terms with his song and my song getting played back to back because I thought it put us in the same boat.

There are folks out there in every genre – in every field — working hard to do it well and doing good stuff. There are also bunches of people phoning it in or just meeting the minimum daily requirement. Not everyone lives in the same category all the time. Most of the best songs I know never made it to Number One. When they did, it had less to do with how great the song was and more to do with timing.

I’m with the lady in the store. I don’t know who Slipknot is, other than a thrash metal band. I also don’t know much about Chamillionaire, one of the presenters tonight. I’m guessing, based on what I saw, that excellence is not his primary pursuit. But, that I don’t know who is doing excellent work in hip hop or metal has less to say about those genres than it does about me. I like guitars rather than drum machines. I prefer singer-songwriters to digital sampling DJs. And I wonder if we have hip hop Muzak to look forward to in the elevators of the future.

John Mayer, one of the young and excellent ones, sings: 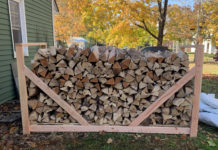 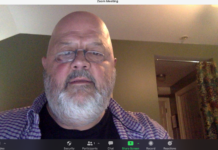