As I was driving to church yesterday, I heard that Morgan Tsvangirai had withdrawn from the runoff presidential election in Zimbabwe because he couldn’t deal with the violence being inflicted on his supporters by Robert Mugabe’s regime. All indications are that Tsvangirai won the first election and Mugabe doctored the results to cause the runoff. The history of Zimbabwe is a tragic story of the killing of a nation that had great promise and Mugabe is one of the key killers.

I was out of the kitchen today and spent a good bit of time in the yard. I got a deal on daylilies last week and needed to get them planted. I also installed rain barrels under the drain spouts to have water to feed my plants and vegetables. My good friend and counselor, Ken, used to talk about gardening as a helpful response to depression. There are studies that show there’s something about playing in the dirt that makes life brighter. Ken’s take was it was an organic connection. We came from dust and will return to dust; to go out and dig around in the dirt makes a basic, essential, and healing connection. He’s on to something.

George Carlin died of heart failure over the weekend. He was 71. He was hitting his stride when I was in college and seminary and I still have several of his routines seared in my memory. As he grew older his cynicism sometimes got the best of him; he was at his best, however, when he played with the language. My favorite routine is a wonderful example of what happens when we really listen to our words. Here it is: Football vs. Baseball. 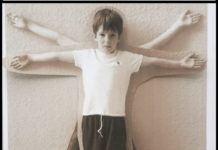