Fifty years ago today, I stood with a stadium filled with excited people to observe the birth of a new nation: Northern Rhodesia, a British colony, became Zambia, a free country. We had practiced the new national anthem for months in school, learned about the new currency. We were ready. We actually gathered in City Stadium in Lusaka, the capital city where we lived, on the night of the eleventh to wrap things up with the British. Just before midnight, the Union Jack came down for the last time and as the new day began, so did our freedom and we sang our new song together for the first time as our own country.

And I have sung it every October 24 since. 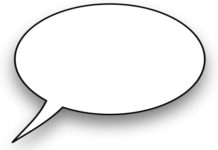