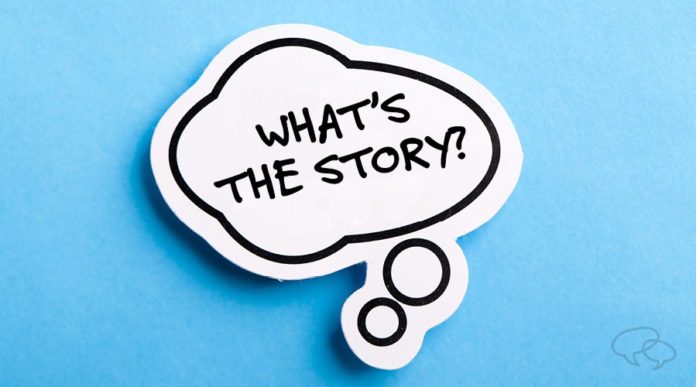 One of Guy Clark’s lyrics says, “Somedays you write the song, somedays the song writes you.” I had a good idea for my sermon on Matthew 25:14-30 but struggled to find an ending and a title, which makes sense; the two often go together for me. I ended up asking, “What’s the story?” and found out it’s one I keep telling.

I have a scene that replays in my life with some regularity. Some task that is occasional comes up–like picking up food for the schnauzers or getting a prescription filled–and I think, “I’ll do that when I make my regular grocery store run.” Since the two stores I like to go to most are off of the Post Road, I have developed a route that is made up of mostly right turns so I don’t have to cross traffic. I have done it so often that it is muscle memory.

You can probably see where this is going. The scene I keep replaying is I leave the house thinking, “Don’t forget to go by the vet,” make my normal stops, and then come back home without the dog food. I am so used to my route that I have trouble making room for a new destination. Every time I play this scene, I am aware of how hard it is for me to break set patterns.

Perhaps you can relate.

I had the privilege of sitting in on a webinar this week with Irish poet Pádraig ÓTuama entitled “A Poet Reads the Gospels.” One of the things he said was we become so used to what we think is there in the story rather than actually reading the words on the page.

I thought about how it takes conscious thought and intentionality for me to change my shopping route. I have a hard time seeing a new story when I’m on my way to buy bread and milk; how much harder, perhaps, to get out of my well-traveled ruts when it comes to reading the gospels.

I spent some time this week thinking about the sermons I have heard (and preached) on these parables in Matthew 25, and I realized most all of them focused on the bridesmaids without oil and the one servant who buried the money. The sermons on the bridesmaids mostly ended up warning people that we needed to be prepared or we were going to be left out. The sermons on the servants far too often have used the wordplay of the word “talent” to make Jesus’ parable an affirmation of the Protestant Work Ethic. Though both of those stories may be ways to read the parable–I mean I preached about being prepared for the unexpected last week–they are a bit like my forgetting to pick up the puppy food: they reflect more of what we are used to thinking rather than what is in the words on the page.

One of the ruts we need to get out of is to assume that the power figure in a parable always represents God. For instance, in the parable we looked at last week, all of the bridesmaids fell asleep waiting for the groom to come. When he finally showed up, only five of the bridesmaids had enough oil for the rest of the night. The others had to go find oil. By the time they got back, they wedding party was in full swing. When the women knocked on the door, the groom said, “Truly I tell you, I do not know you.”

In today’s parable, a wealthy man is embarking on a long trip and calls in three of his servants to tell them about the trip and to issue a challenge. He gives each of them a relatively huge amount of money: a talent was the equivalent of fifteen years of wages. So the first servant was given a lifetime of riches–seventy-five years of salary; the second got thirty years’ worth, and the third got fifteen years. All the parable says is he gave them the money and left town.

The first two servants invested what they had and doubled their fortune. The man who got the least money was the most cautious. He knew his master was harsh and opportunistic. He didn’t gamble the money, or spend any of it. He just buried it and returned it as it had been given to him. And he explained to his master exactly why he made that choice: “Master, I knew that you were a harsh man, reaping where you did not sow, and gathering where you did not scatter seed; so, I was afraid, and I went and hid your talent in the ground. Here you have what is yours.” The rich man had the servant banished and tortured.

Again, does that sound like a description of God to you?

If these parables are not about God, what’s the story? Both of the parables are about who wins and who gets left out, and those who get left out are those who don’t follow the rules set out by those with power. The two stories also build on one another. The bridesmaids just got left out. The third servant who spoke truth to power was thrown where there was “weeping and gnashing of teeth.” The bridesmaids who got to go to the wedding centered on themselves. They were not willing to share their oil so everyone could go to the party. The two servants who were rewarded financially were the ones willing to play by the master’s rules so they could make as much money as possible.

It is true that five of the bridesmaids didn’t think ahead. It is true that the servant just buried the money when he could have at least opened a savings account. It is also true that the ones with oil didn’t share and the servants who were given more money, were seen as having more ability, and appeared to know more about how to invest didn’t offer to help their colleague. It is also true that those who benefit from injustice don’t want to hear the truth, which brings me to another awareness I learned from Pádraig ÓTuama. He said as we read the gospels we must learn to ask, “How do I find myself as the culprit in these stories rather than the one who is virtuous?”

What would we find in these parables if we chose to cast ourselves as the bridesmaids who wouldn’t share, or the groom who wouldn’t open the door, or the servants who took care of only themselves, or the master who was harsh and hungry for money and power?

After I wrote down that last question, my sermon sat for two or three days without an ending, until Ginger, my wife, and I were talking yesterday. She was a part of the search committee for the associate conference ministers for the new Southern New England Conference of the UCC. One of the questions they asked the candidates was, “Can you tell us about a time you failed in ministry?” The interviews were over a couple of weeks ago; the question has hung with Ginger. She spent a good bit of time this week reflecting on her thirty years in parish ministry, looking at failures and also looking for patterns to see what she could learn about herself and how she can keep growing as a person and as a pastor.

It’s easy to see the servant as a failure. The rich man thought he had less ability than the others, so he gave him less money to begin with. Then the guy did nothing with it. But it strikes me that the more compelling failure in the story is the rich man because he could not bear that the servant had not made money and, even more, he was undone by the servant’s explanation for his actions: “I didn’t do anything because I was scared of you.” His failure is more compelling because I can see myself in him, if I am willing to look beyond what I expected to find in the story. I can see myself in both of them, and that makes me want to write a new ending because I think most of our failures do not have eternal consequences. They have consequences—don’t get me wrong—but the story doesn’t end there.

I don’t know where you find yourself in the story today, but I will bet you know what it feels like to fail. And I want to remind you that the story doesn’t end there. We have words beyond failure: words like hope and forgiveness; words like love and together. Words like tomorrow and I’m sorry. What’s the story? Amen. 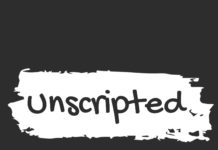 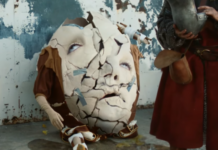