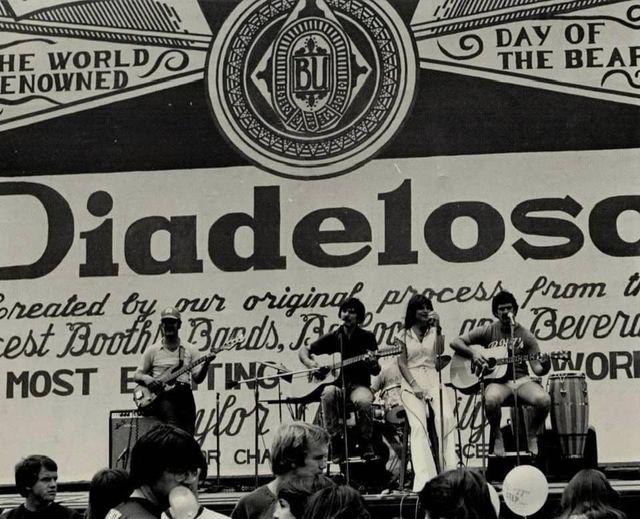 Every so often a word enters common usage that wasn’t always there, at least in its frequency. A few years back, the word cohort started showing up. I knew what the word meant, but had never had much of a need to use it, and then all of a sudden we weren’t in groups or teams anymore, we were in cohorts.

Over the last couple of years, thanks to changes in college football, the word portal has taken on new significance, as in the transfer portal, which sounds as though players are engaging in some sort of multidimensional travel when all they are doing is changing schools in hopes of more playing time.

In ancient times, a portal was a gate or a door–an entryway. It soon picked up a metaphorical meaning with much the same idea: an opening into a new journey, or perhaps an old one. A college friend posted a photograph from my days at Baylor that became a portal to a memory, even though the photograph had nothing to do with me. They were reminiscing about an afternoon when a friend’s band had taken the stage, but the image opened into another world for me. Jackson Browne has a line in “Fountain of Sorrow” that says,

Well, I was taken by this photograph to the Spring of 1977–the second semester of my junior year at Baylor University. I was a member of the Baylor Chamber of Commerce, a service club on campus, and the organization charged with organizing Diadeloso–the Day of the Bear–an annual spring play day that dated back to 1932 when then President Pat Neff wanted to give students and faculty a day off from classes in the throes of the Great Depression. I was the Diadeloso chairman, which meant, among other things, coming up with a theme for the day.

For a few years before me, they had coopted well-known corporate logos and created a Diadeloso parody, if you will. My idea, as a junior at a Baptist university, was to play off of the Budweiser label. The other members of the club said I had to get permission, so I made an appointment the president of the university and presented my idea. I drew out the proposed label on an 8 1/2 x 11 sheet of paper so he could see what I imagined.

He looked at it and said, “If anyone questions you, say you thought of it first.”

One of the things that was part of the day was a performance stage, and for that we needed a backdrop. The theater department was happy to give me one, but we had to paint it–and it was big. Diadeloso was in April that year; our spring break was in March. I decided to stay in Waco to create a giant label. The only place big enough to stretch out the backdrop and leave it out so I could work on it was Waco Hall, the performance space on campus. 1977 was before crash bars, so I made arrangements with one of the maintenance staff to meet him at the door at 8 a.m. when he would lock me in and then come back at 5 and let me out.

I drew a grid my 8 1/2 x 11 drawing and then took a plum line and drew a corresponding grid on the backdrop. Day by day, hour by hour, square by square, I drew the outline of the label on the giant backdrop. By Friday afternoon, I was done. The Spring pledge class painted it–and hated me for my attention to detail. And then it hung for one afternoon and Diadeloso was done. The backdrop came down and went back to the theater department who, I’m sure, painted over it for the next fleeting performance. And that’s what the whole amazing, fun day was: a fleeting moment.

Part of the reason the photograph got me is it comes from a time when taking pictures was not the ubiquitous activity it is now. Few of us walked around with cameras, which was not necessarily a bad thing. I have given thanks more than once that I went to college before the advent of social media. What I remember about most of the pictures from college is that they were candid and not very good. A really great photograph was a surprise–a gift that came days after the event when you went to pick up your prints at the camera store. Seeing the picture of the band playing opened a portal: a door I did not expect to find, for which I am grateful, and it reminded me that we don’t get to remember everything–even some of the good stuff.

The other thing that hit me is how hard I worked on that backdrop. I spent a week–about forty hours–drawing the outline of the Diadeloso label. It mattered because of what I wanted that one day to be. I didn’t solve world hunger or lead a protest or do anything of great importance other than I sunk myself into drawing that one fleeting thing.

The enduring memory I have of that day is sitting in a golf cart with Mike Meredith, my roommate and the vice-chair of the event. It was late in the afternoon. The day had turned out as well as we could imagine. He and I sat side by side and watched people having fun–living the day we had imagined.

Things matter because they don’t last, not because they last forever. The same goes for us. One of the things that makes each day worth living is that when it’s done, it’s done. Forty-five Marches ago I locked myself into Waco Hall and drew a backdrop for a university play day that began ninety years ago because the President of the school saw a campus full of people worn out by the pressure of the Great Depression and thought, “What we need is a day off together.” It didn’t fix the economic woes of the country, but it was worth repeating.

In the scope of things, that backdrop mattered for a fraction of the time it took me to draw it or the pledges to paint it, but for the hours it hung it literally set the stage for an amazing day. Doing something meaningful doesn’t mean it has to be eternal. Most all of human history is made up of meaningful moments that have been mostly forgotten.

What matters is that we lived them.