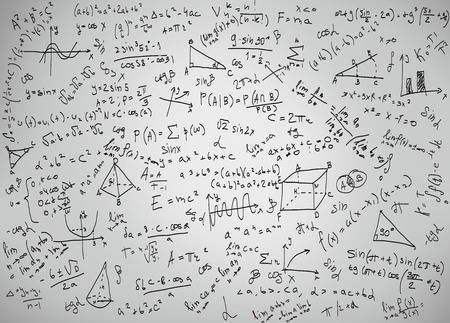 I led a Bible study Monday night at church looking at Mark 8 and the things that happened leading up to Jesus saying:

I leaned into Chex Myers’ book “Say to This Mountain:” Mark’s Story of Discipleship to explain what Jesus was saying.

The cross was not a religious icon in first-century Palestine, nor was “taking up the cross” a metaphor for personal anguish. Crucifixion had only one connotation: It was the vicious form of capital punishment reserved by imperial Rome for political dissidents. . . . In contrast to Judean nationalists who were recruiting patriots to “take up the sword” against Rome, Mark’s Jesus invited disciples to “take up the cross.”

In the next paragraph he closes by saying,

Jesus thus thrice reiterates that “gain” and “loss” should not be calculated according to the ledgers of the dominant culture. Unfortunately, most Christians have failed to experiment with the mysterious calculus of Jesus’ nonviolence. Jesus closes his homily by invoking a different vision of justice.

A good bit of time in our group discussion centered on Jesus’ last question in the passage:

We talked about how that question seemed to turn the losing-finding discussion on its ear, almost asking, “What would you die for?” or “What is worth living for?” Jesus’ political and economic metaphors call us to see life at the margins. We are all connected to one another. When one is dying we are all dying. To gain the whole world is not living.

Based on what people said in the room, none of us had heard anything about the FBI sting that resulted in a lot of rich white people being charged with bribing to get their children accepted into elite schools. As I read articles and analyses today, I thought about our discussion. And I thought back to my days as a high school teacher.

For seven years, I taught at Charlestown High School in Boston. I had five classes a day with thirty-five students in each class. Seventy percent of them were nonnative English speakers. Most of those were the only ones in their families who spoke English. When parent night came around, I was lucky to see two or three, not because of neglect but because of work schedules, cultural differences, and fear. My last three years there, I taught seniors. In January, I would go down to the one guidance counselor (for 1200 kids) and get the unopened box of SAT applications and help my students fill them out.

For three years, I taught at Winchester High School in Winchester, Massachusetts, a town just north of Boston where Ginger pastored. I had five classes of twenty-five students. When we had parent night, I saw two hundred and fifty parents. A day didn’t go by that I didn’t receive an e-mail note from one of them. The school of 800 had a staff of guidance counselors that met individually with the juniors to work on test preparation, college essays, and recommendation letters.

[SIDE NOTE: Why were only the mothers mentioned and the fathers were not? Felicity Huffman has been married to William H. Macy for a long time. His name was not in any article I read.]

The parents who paid the bribes were egregious in their actions. I’m glad it is out in the open. I wish I thought that meant it would stop, but the so-called elite schools will continue to pander to the elites who give money one way or another. Baylor, my alma mater, is no longer affordable for a family on an average income. Yes, I know there are scholarships and grants and students are still almost impossibly saddled with debt when they get out.

The White House released the proposed budget on Monday and announced severe cuts to Medicare as a way to cut spending, even as the military budget increased and more money was set aside for the wall. Betsey Devos, the Secretary of Education, suggested cuts in education funding. I’m sure Social Security and support programs like WIC are not far behind. We have people paying millions to bribe to get what they want, yet these programs are what politicians call “entitlements.”

I know a rant on a blog or a Facebook post changes nothing. I’m working hard not to rant. I want to get beyond my anger. I keep coming back to the question:

When we hear the term nonviolence, we think of standing up against war or torture, but the bribery and budget cuts are acts of violence. They are doing damage. They are dehumanizing. It seems to me it is worth our lives—our time, our effort, our money, our security, our reputations, our churches—to do what we can do to dismantle these broken systems.

No, I don’t have an easy solution for what would replace them and I suck at calculus. But for Jesus’ sake, I’m willing to try and learn his math.