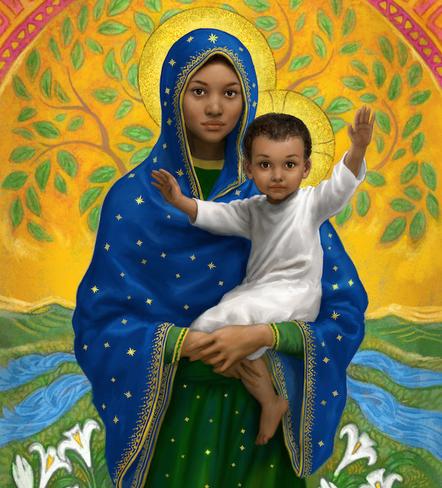 I’ve missed a couple of days in my Advent journal. With Ginger’s help, I stepped away from everything to catch my breath and a sense of myself. I’m back tonight with my sermon for tomorrow.

Earlier in Advent I was a part of a Zoom workshop with poet Pádraig Ó Tuama entitled “A Poet Reads the Gospels.” He began by saying, when we read familiar gospel stories, we become used to what we think is there rather than reading the story. We need to arrest our desire for a single message, he said, because they are plural. Today we come to the story we read pretty much every year on the last Sunday of Advent. We know Gabriel is coming with news for Mary. Let us listen for more thaN what we are expecting.

Luke 1:26-38 (Phillips)
Then, six months after Zacharias’ vision, the angel Gabriel was sent from God to a Galilean town, Nazareth by name, to a young woman who was engaged to a man called Joseph. The girl’s name was Mary. The angel entered her room and said, “Greetings to you, Mary, O favoured one!—the Lord be with you!”

Mary was deeply perturbed at these words and wondered what such a greeting could possibly mean. But the angel said to her, “Do not be afraid, Mary; God loves you dearly. You are going to be the mother of a son, and you will call him Jesus. He will be great and will be known as the Son of the most high. The Lord God will give him the throne of his forefather, David, and he will be king over the people of Jacob for ever. His reign shall never end.”

Then Mary spoke to the angel, “How can this be,” she said, “I am not married!”

But the angel made this reply to her—“The Holy Spirit will come upon you, the power of the most high will abide in you. Your child will therefore be called holy—the Son of God. Your cousin Elisabeth has also conceived a son, old as she is. Indeed, this is the sixth month for her, a woman who was called barren. For no promise of God can fail to be fulfilled.”

“I belong to the Lord, body and soul,” replied Mary, “let it happen as you say.” And at this the angel left her.

May God give us fresh understanding of this passage.

One of the things that is disarming to me about the way the gospels tell the story leading up to Jesus’ birth is the sort of matter-of-fact way that people talk to angels, as well as to one another. In the verses we just read, Luke offers very little in terms of tone or emotion other than to say that Mary was perturbed, that the angel said, “Don’t be afraid,” and then Mary finished the conversation with a statement of resolve: “Let it happen as you say”–bring it on!

The whole thing rolls out in a paragraph. There has to be more to it. I mean, look at this exchange. Mary is in her house and an angel walks in and says, “Hello, Mary—or should I just call you “God’s Favorite”? And his words left Mary feeling everything from confused to disturbed to sort of freaking out.

Our translation says she was “deeply perturbed.” Whatever words we use to describe it, she had some sense that it wasn’t all figs and honey when an angel calls you a “favored one.” When Gabriel saw how his greeting had been received, he said, “Don’t be afraid, Mary, God loves you dearly” and then went on to fill her in on the details of what was about to happen.

He didn’t say everything was going to work out. He did say God was in the middle of it all and more was going on that Mary could comprehend; she was going to have to trust God. So, “don’t be afraid” could apply

to an angel filling up the room
to being chosen by God (she knew the stories of Abraham and Sarah, Moses, Miriam (her namesake), Isaiah, to name a few)
to being pregnant and unmarried
to being a teenager and dealing with all of this

Mary listened, but then she did more than not being afraid. She stepped into courage: “I belong to the Lord body and soul, let it happen just as you say.” The path to courage is beyond fear; they are not opposites, they are choices.

Beyond this scene where she finds out she’s favored and pregnant, Mary had a lot of cause in her life for fear. Not long after Jesus’ birth, they had to flee into Egypt because Herod wanted to kill the child. When Jesus was twelve, they lost him for several days. And then she had to watch her grown son live a life that was a head-on collision with the Empire from the start, which she, like many, could see was not going to end well. Every chance she had, it seems, she chose courage and kept going.

She took heart–that’s what the word courage means at its roots–not because she was the Palestinian forerunner to Wonder Woman. She was, as we said, a young girl in a culture that saw little value in women. She was an unmarried pregnant woman in a society whose laws said unmarried pregnant women didn’t belong. Mostly, she was a young woman in a small town in the middle of nowhere, as far as the rest of the world was concerned.

The season of Advent invites us to wait for something that has already happened. Jesus was born a long, long time ago. Yet the wisdom of the season is that it invites us to do more than re-tell the story; we are invited to give birth to Christ in the middle of our circumstances, which, I suppose, is another one of those things we can say each Advent and not hear what the words mean.

I have to smile at myself as I call us to give birth to Christ because I don’t know the first thing about giving birth, other than I have been told it’s painful. To imagine a life growing inside my body and then forcing its way out is frightening indeed. What I do know is that birth, literally and metaphorically, is a beginning. And it’s scary.

Those are scary questions because they call us to step on faith—to trust, like Mary did, that God is with us and that we are God’s beloved. Listen, again, to her last words to Gabriel, which I can’t hear without the Beatles singing in the background:

I belong to God, body and soul. Let it be just as you said.

Like the song says, “And when the broken-hearted people living in the world agree, there will be an answer: let it be.”

Do not be afraid. Amen. 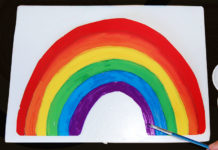 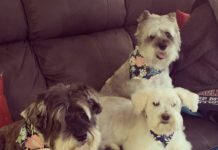