It was on January 3, 1899 that The New York Times used the word “automobile” in an editorial, the first known use of that word in English.

What would eventually come to be known as automobiles were still very new items, and the first mass production of them in America was two years away. The New York Times seemed equally disturbed by the machines themselves and the fact that there was no good word for them. It concluded: “There is something uncanny about these new-fangled vehicles. They are all unutterably ugly and never a one of them has been provided with a good, or even an endurable, name. The French, who are usually orthodox in their etymology if in nothing else, have evolved ‘automobile,’ which, being half Greek and half Latin, is so near to indecent that we print it with hesitation.”
— from The Writer’s Almamac

what’s in a name

creation on a first name basis

existence in the crush of anonymity

the Love that named us first 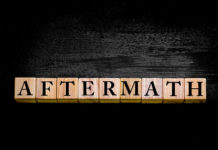