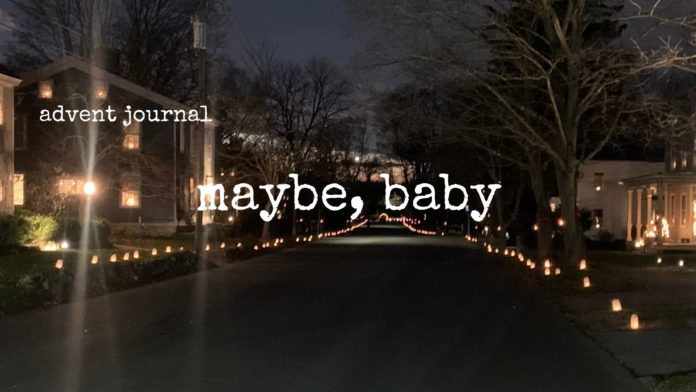 I’m writing tonight between our two Christmas Eve services. The early one at five is described as the family service so that folks know it may be a little louder than the ten o’clock service, which is candle light and Communion. For the first time in three Christmases, the room felt full. We sang the same carols you probably sang at your place and, as we sang “Hark, the Herald Angels Sing,” I was caught once again by the line

risen with healing in his wings.

Carols often leave me thinking English was built for Christmas. Just look at the rhymes in this song: king, bring, sing, wing. The whole thing comes gliding in on rather confident rhymes. The angels were making a joyful noise, after all, and Charles Wesley, the hymn writer, penned a victorious image.

After the carol, we read the opening verses of the second chapter of Luke that juxtapose the political machinations of emperors and governors with the birth of Jesus in a cattle stall, far away, at that point, from palaces or power or even angel choirs.

Sitting here at my computer, I turned to rhymezone.com–a site I have often found helpful–and typed “baby” into the search bar. The results were

The best rhyme for baby is maybe, as far as rhymes go; they also share some harmony in meaning because both words speak of possibilities, or what might happen. The possibility born with the baby was that he would grow up, that he would become someone.

That possibility–that hope–is what is sustaining me this season. This year. I can’t find much sustenance in the certainty of kings, no matter how well they rhyme, but maybe, baby, in the throes of all we don’t understand and all the grief that we carry, we have something to sing about.