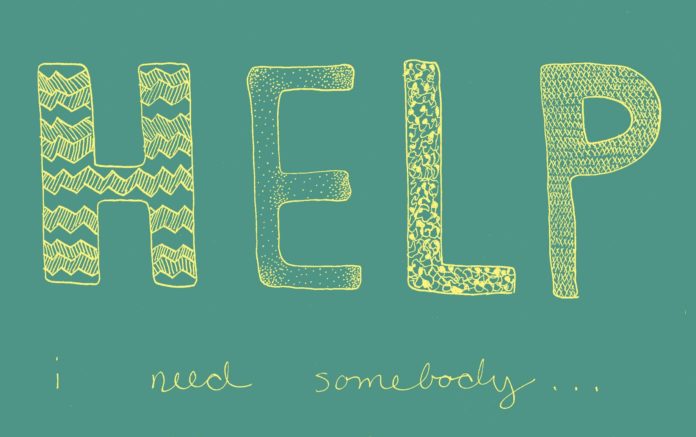 I did my best to stay away from the news today. Instead, I got up early before work and kept my morning date with Pádraig Ó Tuama’s In the Shelter, journaled, prayed, drank coffee, and fed puppies. Actually, the pups demanded they be first on the list and then the rest fell in order.

Pádraig pointed to one of my favorite stories in the gospels in my reading this morning: Jesus’ encounter with the woman who had been hemorrhaging for twelve years. Mark is the gospel writer who tells the story, and his is the gospel of human touch. No social distancing here. The woman had heard of Jesus and was determined to get to him in the crowd. She is not named. But the way Mark tells the story, we know the details of her life. We may not know what to call her, but we are in the crowd with her, we are seeing Jesus as she sees him, we know what she has at stake as she jostles and pushes to get closer to Jesus. All she wants to do is touch his cloak. She is convinced that would do it.

Mark gives us her eyes.

That also means Mark doesn’t tell us about any of the others she pushes past. We are taken by her singleness of purpose; we no nothing of anyone else’s story, just like the disciples who were gathered around Jesus trying to protect him from the crowd–the abstraction.

This evening I dared to open the Times digital front page to find that the Economic Stimulus Bill was being blocked by four Republican senators who are worried that the unemployment compensation is so generous that people will choose not to work. As though that is actually a choice at this point. The fact that we keep using the language of stimulating the economy is troublesome to me because the economy is an abstraction. We do not need to stimulate an abstraction, we need to help people. If people have enough money to pay bills and buy stuff, then those own businesses will be able to stay in business and the communities they live in will be able to thrive. The more abstract the bill is, the more likely it will be abused and the money won’t go to those who need it most.

Let the corporations figure it out from the ground up, not from the perspective of the CEOs and the stock brokers. They can live off of what they have been skimming. (I will admit my bias: I am willing to let them be the anonymous crowd we have to push through to find healing.) Those who are sick and vulnerable are not the abstraction. We have gotten way too used to doing that. Those who live in poverty and who have no health insurance have been anonymous for decades and abstracted as “Welfare Moms” and the “Working Poor” whose benefits can be cut and who can be blamed for our deficits.

But compassion requires specificity. Humanizing. The virus became real to many when Rita Wilson and Tom Hanks were diagnosed. We all wait to hear the names of those we know, because we treasure those we know. They are real. They are reasons to make changes, to stay home, to pay attention. To help.

Mark says that Jesus turned around when the woman touched him and asked who had done it. The disciples were incredulous. All they saw was the crowd.

The woman stepped up and identified herself.

Though Mark never gives us her name, Jesus says, “Daughter, your faith has made you well.” The fact that the woman had been bleeding for twelve years probably means the age difference between her and Jesus was not that big. Jesus wasn’t talking down to her. He was naming her in a relational context: daughter. You belong. Specifically. You are more than a face in the crowd.

Corvid-19 is its own abstraction. I see the numbers going up and I don’t know how to make sense of them. So I look to see what has changed in Connecticut. I check the numbers in Durham, North Carolina. I watch my Facebook feed for names I know. Today, it was Jackson Browne. We need to change our language. We are not trying to stop the virus; we are taking care of each other. You are taking care of me. I am taking care of you.

Trump’s daily ramblings show he sees no one but himself, so he is incapable of seeing beyond the abstractions of power and wealth. He can’t lead. Andrew Cuomo, by contrast, broke through the abstraction by talking about his mother. It gets real when it gets personal.

Pádraig said the Irish words for hug literally mean “to squeeze somebody with your heart.” We can do that across physical distance. We can deal in specifics. We can let the power go out of us, even if we can’t touch.