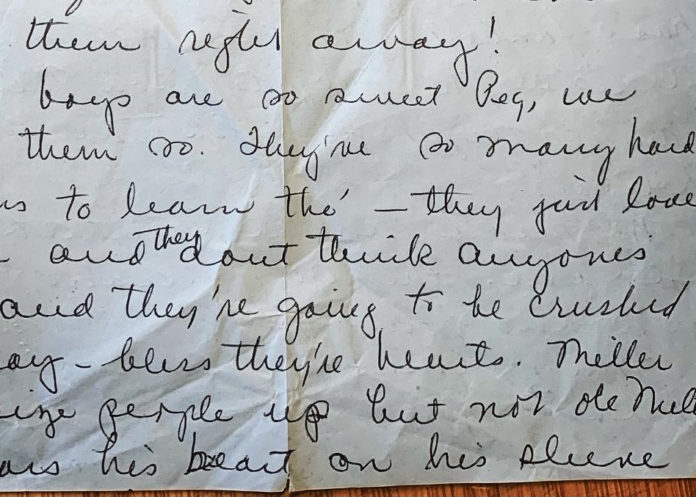 This week’s sermon is a response to my reading not only Mark 1:29-39 but continuing to consider all of the first chapter as well as holding the questions I find there. The song that follows is a favorite hymn: “Come, Ye Disconsolate” by Samuel Webbe.

If I were to go back over my sermons, both ones I have preached here and those I have preached for other congregations, I know I would find that one of the consistent things I say about the gospels is that they leave out details. They say little about the tone in anyone’s voice. They do not appear to be concerned with marking the passage of time, or how much time passes between events. They don’t describe the scenery or what people were wearing, for the most part. The conversations are truncated. And I have said those are the places we have to use our sacred imaginations to fill in the gaps.

I stand by all of that and, this morning, I want to say what struck me this week is that sometimes we get so wrapped up in our hunt for details that we miss the message in the big picture: the theme of the story.

As you know, we have been reading the first chapter of the Gospel of Mark for a month–and we are still not finished. The chapter is packed full of stories:

Mark helps us because he breaks each event down into a sentence or two, which make them helpful, as far as sermons go, because one of the realities of preaching is a short passage is easier to work with. It is easier to keep the congregation’s attention when you’re reading it, and it’s easier to find something to say by looking at a turn of phrase or one of the people in the story, or just by using it as a jumping off place for what you had on your heart for that week.

But in most every other kind of reading we do we look for the larger themes. We pay attention to details, but we know all the little things are intended to take their place as part of the larger story. As we have moved through this chapter, I have been pulled away from the details because of a pattern of Jesus emerges in these verses–one that is repeated throughout the gospels: Jesus keeps trying to to get away.

In this chapter, first, he gets up really early and goes to a deserted place to pray. I understand that. Second, once he’s found by the disciples, and then the others, he talks about leaving town altogether and going somewhere else to invite people to change their lives, which begs the question, if everyone was coming to him to be healed, why would he go somewhere else?

Hold on to that question as we look at today’s section of the story.

We have talked about the probability that Jesus knew Peter and the others before he happened by one day and said, “Let me show you how to fish for people.” When Mark says Jesus went straight from the synagogue to Peter’s house to see the sick woman, it makes me think Jesus knew her, too. That she got up and ministered to them after he healed her says to me that she and Jesus had already been talking theology, and there’s a pretty good chance she was the one who had prepared Peter for discipleship before Jesus said a word to her son-in-law.

This quiet little scene didn’t stay quiet for long. Mark makes it sound like everyone in town crowded around the house, hoping for healing. They trusted Jesus could make things better.

One of my seminary professors taught me to look at the miracles in the same way we look at the parables. Most of Jesus’ parables are not easy to understand. He wasn’t telling fables or talking in allegories. His stories were intended to puzzle his listeners, to make them think and ask questions. The miracle stories in the gospels play much the same role. They are not intended to be as simple as “I was sick and now I’m better.”

Mark doesn’t go into detail on Jesus’ temptations, but we know from the other gospel writers that when he was faced with the first temptation was to turn stones into bread so that everyone would follow him, Jesus replied, “People don’t live on bread alone, but on every word that comes from God,” which was his way of saying what he wanted to do in the world was more than amaze people; the reason he came wasn’t–primarily–about the miracles.

And that brings us back to our question: if everyone was coming to him to be healed, why did he want to go somewhere else?

And when I come back to this question, I realize it is way bigger than just this passage or just this sermon. The gospels are filled with sick people who were not healed by Jesus, even as we read the stories of those that were. Why were some healed and some not?

That last one leads me to another big question: what do we mean by healing?

Remember what Jesus said when he first came to town: “Now is the time. Here is God’s beloved community. Change your hearts and lives and trust the good news.” He was calling people to look at how they lived our lives, not just how they rid themselves of their ailments.

How do we talk about what ails us? How do we name our illnesses, our troubles? And how do we think about healing? How do we make meaning out of our grief and suffering?

Holding all of these questions calls me to say once more that we are not going to answer them all in this sermon. I have found in my life that often the power of great questions is not so much in definitive answers but in the pilgrimage for meaning they create. There is not an easy answer to why we suffer—well, some have been offered, but they come us short. When we are willing to look at the big picture—to live with things being unfinished and maybe even confusing sometimes—we come to a deeper understanding of life, of God, and of ourselves.

Some things in life heal faster than others. Jesus healed Peter’s mother-in-law by offering a hand to help her get up. In other places, he did it with a few words or with a touch. If we widen the notion of healing, we might wonder how long it took Zacchaeus to heal after he promised to right all the wrongs he had done as a tax collector. If you have ever had to work to heal a broken relationship, you know that trust doesn’t grow back in a day, or a week, or a year. After I had my total knee replacement in April 2019, my doctor told me I would be up and walking quickly but it would be a year before I forgot I had the surgery. He was right almost to the day and healing, as far as my knee is concerned, but I can’t run or jump anymore. It’s also really hard to kneel down. And I am grateful I had the surgery.

Some things don’t heal—not completely, or perhaps in the manner we had hoped. The grief over the death of a loved one does not go away. But here is a powerful thing: shared grief is one of the building blocks of God’s beloved community. When we are hurting is when we need help. When our hearts are broken because we have loved so deeply that it hurts to be without someone is when we are most vulnerable. Those who are broken-hearted know how to recognize it in each other. Compassion means carrying our pain together, which is another way of finding healing and hope.

We are on the cusp of Lent, when we will remind each other that we came from dust and to dust we will return. None of us gets to remain unscathed or unharmed in life. This week, my cousin sent me a letter my mother had written to her mother when I was about seven. My mother said, “They just love people and they don’t think anyone’s bad—they’re going to be crushed one day, bless their hearts.”

Bless all of our hearts. Life hurts a lot of the time. And it also carries deep joy and some pretty good laughs as well. In the short time we have on this planet, we are called to love God with all that we are and love one another as we love ourselves, which is how we help contribute to God’s beloved community. For some, that means staying right where we are. For others, it may mean moving on to make other connections, as Jesus did. Even then, he didn’t go far. Some of you probably commute to work farther than he ever got from Nazareth in his whole life. No matter where he was, he wanted people to know they belonged to God and to one another—and those are healing words.

May our message be the same, wherever we are. Amen.