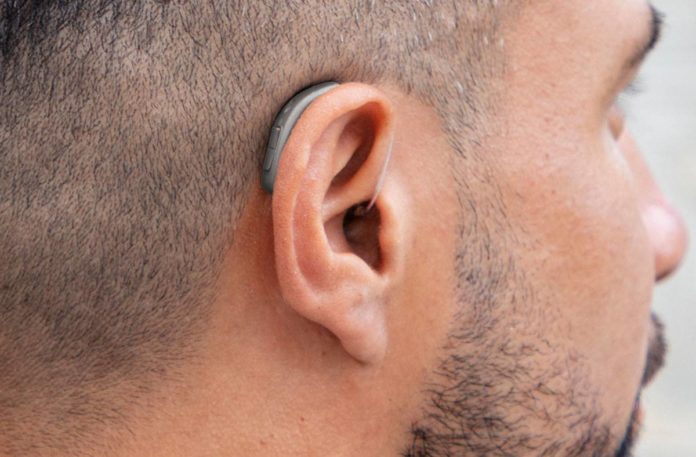 The last of my summer preaching gigs happens today–at United Churches of Durham, Connecticut once again. The passage is Mark 7:24-37, which tells two stories that have to do with hearing–something that stays on my mind. Here is what I am saying to them today.

I remember the first day I got my hearing aids—eight or nine years ago.

I am hard of hearing. That’s still hard for me to say. I learned this week that the origins of that phrase come from one of the oldest meanings of the word hard: difficult to do. For me, hearing had become difficult to do. I had put off getting hearing aids for a while, in some ways because my hearing loss had happened gradually so I was not aware of how profound it had become. Another reason for my reticence was it meant change. It meant admitting that I needed help to do what was a natural function. I was the only one my age that I knew who needed hearing aids. What pushed me out of my inactivity was realizing how much the conversation patterns had changed between Ginger, my wife, and me because I couldn’t hear her easily. I was missing some of her greatest riffs—and she’s got really good material.

The process of getting hearing aids, as some of you may know, is time-consuming and costly. Most health insurance plans do not pay for them. After several trips to the hearing clinic at Duke Hospital in Durham, North Carolina, the day came for me to put them in my ears. My audiologist calibrated the devices and then told me to walk around for a few minutes to see how they felt. I stood up and the first thing I noticed was the sound of the zipper on my vest. As I walked, I heard other things: the elevator bell, the water fountain, the sound of feet in the hallway. When I got back to her office I said, “This is one noisy world!”

The little receptors in my ears granted me access to a world I had grown accustomed to not hearing—a world I had forgotten.

Our reading today contains the stories of two people who were hard of hearing. But before we talk about them, let me offer a word of context from the first half of Mark 7 because we only read the second half.

The chapter begins in Galilee where some of the religious leaders were going hard after Jesus’ disciples because they saw the disciples eating without having done the ritual hand washing that symbolized purity. In other words, the leaders were deciding who was in and who was out based on how well people kept the rules. They were not enforcing theology, but conformity: you had to do things the way they do it to be worth hearing. Since the disciples–who were poor laborers that probably didn’t have easy access to water to wash themselves–just bought food in the market and ate it, they were unclean. They were dismissible. They weren’t worth hearing.

In response, Jesus pointed out that it was not what a person put in their bodies but what came out from them–how they acted towards others–that mattered.

Between verse 23 and 24, Jesus traveled about thirty-five miles, so a couple of days must have passed. He went from Gennesaret to Tyre, a Phoenician city on the Mediterranean in what is Lebanon today. It was much more diverse than Galilee, which is where the first story takes place. Then he went back to the sea of Galilee where the second, more dramatic encounter happened–a deaf man was brought to Jesus and Jesus stuck his fingers in the man’s ears and shouted, “Be open!” and the man was able to both hear and speak clearly.

But I think it is the other story that is most profound.

Even though Jesus was a long way from home, people in Tyre knew who he was, it seems. He went into a house–perhaps someone he knew–and hoped to hide there. It didn’t work. A Phoenician woman found him and asked him to heal her daughter who was very sick. We are not given many details about the woman or much about their conversation. I think it is reasonable to assume they exchanged more words than those written down in Mark 7.

The words we do have, particularly from Jesus, are problematic because they difficult to understand. “Let the children of the household satisfy themselves at table first,” he said. “It is not right to take the food of the children and throw it to the dogs.” His words appear to heighten the difference between them: he was Hebrew and she was Greek. We have no easy explanations as to why Jesus talked to her in such a way. Some commentators try to explain it as a joke—clever wordplay used to point out that he had come for the Hebrew people first, but why would Jesus answer a woman who was crying out for help by offering a theological pun?

Whatever his motive, the woman was undaunted. She had come to advocate–no, to fight for her sick kid. She feared for her daughter’s life. She wasn’t going to take any kind of brush off. In modern parlance we might say, nevertheless she persisted. She stared down the apparent slight, pushed past what felt like prejudice, and replied with tenacity: “Yes, Rabbi, but even the dogs under the table eat the family’s scraps.”

Whatever else was said, Jesus was changed by the way the woman spoke to him. Maybe a better way to say that is Jesus grew. He heard her words and responded, “For saying this, you may go home happy; the demon has left your daughter.” Her words expanded Jesus’ hearing. They offered him a chance to hear what had been hard to hear before. She was not a theological problem or an ethical issue, she was a parent with a sick child who needed help. Instead of just a Greek woman, Jesus heard a human being. She became a hearing aid for him.

Jesus then traveled the thirty-five miles back to Galilee where people brought a man who was deaf and had a speech impediment as a result. Jesus stuck his fingers in the man’s ears and said, “Be open!” and the man was able to hear and speak clearly. Jesus was his hearing aid. That Mark tells the two stories one after the other makes me think they are both about dramatic changes in hearing, almost as though Jesus might have looked at the man and said, “Buddy, I know how you feel.”

The thing about hearing loss is that it is not static. It keeps changing. Over the last ten years, I have had to get new hearing aids because my hearing has gotten harder—it is more and more difficult to do, in part because the technology does not keep up with the changes in my hearing. Hearing loss happens in two ways: volume and clarity. Hearing aids help volume, but not clarity. Sometimes it doesn’t matter how loud things are because they still sound muffled to me. In those moments, the best I can do is to ask for help, whether that is to say, “Say it again,” or to ask someone to tell me what is being said so I can understand what is happening.

In one of my moments of crisis when my hearing had taken another turn for the worse, my spiritual director asked me, “How will you listen when you can no longer hear?” The question hangs in my heart almost every day because hearing–really hearing–is hard to do.

We live in a noisy world. The cacophony of crises that fill our minds and hearts everyday make it hard to know what matters most. The increasing proximity to those whose lives are different than our own, for whatever reason, call us to listen more closely and to expand our vocabulary so we can learn more about them and about ourselves. But the noise of the world takes its toll as well. We are bombarded with words that underline all the things that divide us, or words that encourage us to blame others for what is not right with the world. Day after day, our ability to hear God’s call to love one another gets dimmer and less clear, which means we must be hearing aids for one another, whether that is reflecting our words back and forth so we can learn to choose them more carefully and lovingly, or even if what is required of us is more dramatic, like Jesus sticking his fingers in the man’s ears. May we live out God’s love as hearing aids for one another so everyone can hear loud and clear that they are uniquely created in the image of God and worthy to be loved. Amen. 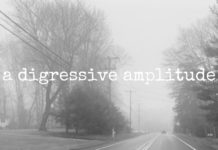