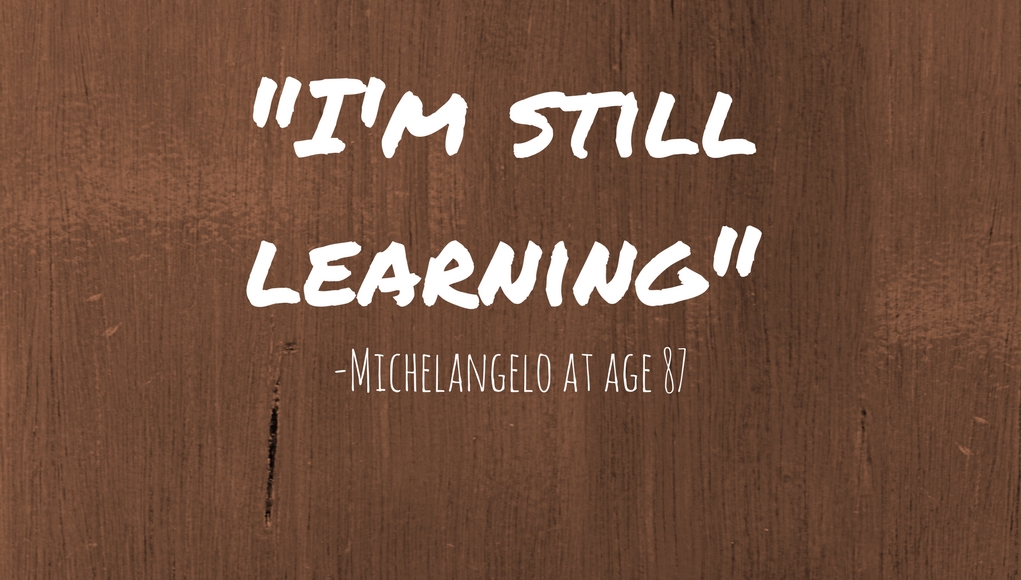 I preached again this week at North Madison Congregational Church. The lectionary passages— Mark 9:33-37 and James 3:13-18—hit particularly close to home this week. Here is what I had to say.

As you may have gleaned from the personal information I have shared over our time together, though I have been ordained a long time, I have had a number of other jobs other than pastor. One of them was high school English teacher. I taught for seven years at Charlestown High School in Boston and then for three at the high school in Winchester, just north of Boston. I loved reading books with students and talking about the importance of language. I loved watching them grow in their confidence of expression. I hated grading, however—which is one of the main reasons I didn’t stay in the classroom.

During the years I was teaching, there was a professional discussion that centered around whether the point of English class was to make sure students had read certain books or whether they learned how to read well, or, even better, learned to love reading. The first angle saw knowledge as sort of finite: here are the books that contain what you need to know. The second saw that learning was not something a person could complete. We had to learn how to be lifelong learners.

Maybe that’s one of the ideas behind the Revised Common Lectionary, which is what we follow more Sundays than not to give us our Bible passages for the day. It is on a three-cycle, which means if you come back to church on the third Sunday of September in 2021, we will be reading these verses again.

An important aside here: please come back to church before then.

Even in the repetition, however, the words never sound exactly the same. How we understand these verses is colored by our context—by what is happening in our lives and what is happening around us. Three or six or nine years ago, the world did not feel like it feels today, therefore, how God speaks to us today will not feel the same either. At least that is what I have experienced as I read through the passages in the middle of all that has happened in our country recently and realized I had more to learn.

Perhaps you are wondering what any of that has to do with our scripture passages. Jesus wasn’t white and neither were the disciples. White people didn’t even exist in Jesus’ day. Europeans created the idea of whiteness as a way to justify their colonization of the world. (I realize that is a lot to say in one sentence. If you want to read more about the construct of race, Yale Div professor Dr. Willie Jennings’ book The Christian Imagination: Theology and the Origins of Race is a great place to start.)

But Jesus understood power. He was killed because he spoke truth to power. And he understood that power was not the way to peace and love. So when he heard his followers arguing about who was the greatest, he gathered them around him, and told them—again—that the one who would be first would be the one who put themselves last. Then he called over a child who was playing nearby and said, “If you welcome this child, you welcome me.”

Remember, the verses we are reading follow closely behind those we read last week where Jesus called his followers to take up their crosses—to use the greatest pain in our lives as a path to resonance with others. Now he was talking about welcoming children: listening to them, receiving them with kindness, treating them as valuable and important human beings. But this wasn’t a children’s moment before his real sermon. Children in Jesus’ day were of no consequence. I’m sure their parents loved them, but they had no rights and no influence. They were completely vulnerable and dependable and powerless.

Jesus scooped up a child and said, “When you treat her like she matters, you treat me like I matter. That’s what it means to be great.” Jesus wasn’t being cute. He was being political. He was being intrusive. He wanted the disciples to feel disquieted. Uncomfortable. “Quit talking about your greatness and attend to those who have no voice. Treat them as if they were important.”

Let us consider some of the context in which we hear those words this morning.

Our government has lowered the number of refugees it will allow into our country each year to the historic low of thirty thousand people. Let me put that number in perspective. In 1980, we welcomed 200,000 refugees. Not immigrants. Refugees. People who have been forced to flee. That number has declined ever since. Today, 68.5 million people have been displaced across the globe. No, we can’t take all of them. But our actions demonstrate that we are choosing to not listen to those who are most vulnerable in our world. Jesus said when we make room for them, we make room for him.

Botham Jean, a twenty-six year old black man was shot and killed in his apartment in Dallas by a police officer who said she mistakenly thought he was in her apartment. I know there are many layers to a story like that, and lots of emotions as well, and black men between the ages of 15-34 are nine times more likely to be killed by police than other people. Too many times the explanations we give for statistics like that sound like justifications, as though things would be different if the young black men would do things differently, but “being shot accidentally,” or being restrained more severely than others because of the color of their skin is not their fault. Jesus said when we value black lives, we value him.

This week as Christine Blasey Ford came forward to say that Brett Kavanaugh, who is up for confirmation to the Supreme Court, sexually assaulted her in high school. I realize my saying that out loud this morning may make some people nervous. The dynamics of what has followed should concern us all. What I find most disturbing is the ways in which some of the rich, white, straight, cisgendered males have banded together to protect their own and make it as difficult as possible for her to be heard. She does not have the power to demand a hearing. She does not have the power to demand an investigation. She does not have the power to delay the vote. She has her story. She has made herself vulnerable to death threats and character assassination. They have questioned why she took so long or why she can’t remember all the details. Her story has sparked the #whyIdidnttell and #whyididntreport hashtags on social media, where women have poured out stories of why they remained silent about abuse and rape. Jesus said when we take those stories seriously, we take him seriously.

One of my favorite songwriters is Jason Isbell. In his song, “White Man’s World,” he sings,

“There’s no such thing as someone else’s war
Your creature comforts aren’t the only things worth fighting for
You’re still breathing, it’s not too late
We’re all carrying one big burden, sharing one fate . . .”

As members of the United Church of Christ, we have a rich history. Our forebearers ordained the first African-American man to pastor a white congregation before the Civil War. They began ordaining women sixty years before they could vote. They ordained the first openly gay man in the early 70s—when the American Psychiatric Association still considered homosexuality to be a mental illness. We have a rich heritage, but just to wear that history like a medal and not respond to those who are silenced today is like claiming to be well-read just because we finished all the books we were assigned in high school. There is, as we often say, more light still to break forth.

That following Jesus was not for the faint of heart was a lesson the disciples spent their lives learning, and we are called to the same lifelong education. It is difficult, disquieting work. And it is what breeds hope and love and beloved community.

Jesus calls us to live into the truth that everyone else is as important as we are—important to God, important to the world, important to us. That means we must do more than share our leftovers. That means we must do something other than the comfortable thing. When he told the disciples to welcome the child, he meant to treat the little one as though they mattered as much as an adult male, not as a gesture of condescending generosity but as a recognition of God’s reality that we are al wonderfully and uniquely created in the image of God and worthy to be loved.

And here is the Jason Isbell song in its entirety.