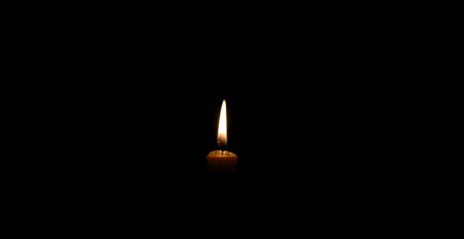 As I rode the train into New York, hoping for sunrise this morning, I came across an article shared by a couple of friends stating that tonight would be “the darkest night in 500 years” because the solstice was paired with a lunar eclipse. Now there’s a metaphor, I thought, because that is how this year has felt.

For the past three or four years, as we head into a new year, it has been my practice to post Counting Crows’ lines,

long December and there’s reason to be believe
maybe this year will be better than the last.

2016 makes me want to sing it louder than ever; it was not just December that has felt long and dark. For many reasons, this year has been the winter solstice of years, the longest of most all of them. Then somewhere in my ramblings during the day, I found out (thanks to snopes.com) that the article about the darkest night was written in 2010 and was in error. It is the solstice, but the next eclipse doesn’t happen until February. It’s still going to be the longest night of a long, dark year, but not the darkest one in half a millennium. Maybe there is a metaphor there as well: things are bad, but . . .

When the people of the village are being expelled in Fiddler on the Roof, one of them asks the rabbi, “Wouldn’t this be a good time for the messiah to come?” Is there ever a time when “Yes” is not a good answer to that question? In my Advent re-readings, I came across a poem by Madeleine L’Engle, “The Risk of Birth,” written in the early 70s.

This is no time for a child to be born,
With the earth betrayed by war & hate
And a comet slashing the sky to warn
That time runs out & the sun burns late.
That was no time for a child to be born,
In a land in the crushing grip of Rome;
Honour & truth were trampled by scorn–
Yet here did the Saviour make his home.
When is the time for love to be born?
The inn is full on the planet earth,
And by a comet the sky is torn–
Yet Love still takes the risk of birth.

And then, I stumbled on to Parker Palmer’s words about this Christmas (forgive the long quote):

For a lot of folks I know who celebrate Christmas — not the store-bought version, but the holy day itself — this year is proving to be a challenge. How do we celebrate the Good News at a time when the news is so relentlessly bad, celebrate the light at a time of deepening darkness?

A friend of mine thinks he’s found the upside. He says that Christmas, 2016 can give us a taste of what the first Christmas was like, when King Herod the Great [sic] hovered in the background, commanding what legend calls “The Massacre of the Innocents.” That may not qualify as encouragement to you, but it’s a bracing point.

The discouraged people I’m talking about, including me, aren’t Christian naïfs shocked by the fact that bad news keeps dragging us down at “this festive time of year.” They are folks who’ve long been involved in trying to shed light in the darkness — people working for racial justice and against all forms of violence, for the wellbeing of children and against the ruination of the earth, for civil dialogue and against xenophobia. This ain’t their first rodeo. And it ain’t the first time they’ve seen the darkness they’re resisting emanate directly from Washington, D.C.

But in a way I haven’t felt since the late 1960s and Vietnam, they and I are feeling like strangers in a strange land. Their question, my question, is simple: how do we celebrate Christmas at a time when it’s hard to believe that its core message of love and peace is anything more than pious prattling that will not reach or touch the Powers that Be — and may in fact provide cover for their growing compendium of crimes against decency, sanity, and humanity?

His question is haunting and on target, yet it also reminds me that the first birth of Christ in our world was not aimed at the Powers That Be. The Creator of the Universe put skin on just like everyone: starting in the womb, enduring the crisis of birth, and entering the world as a baby dependent on others for life itself. The news went out to shepherds, not senators. The “kings” who arrived later on were not recognized or particularly welcome. Jesus was as grassroots as they come. Love and peace, at their core, aren’t legislated. They are born, and this year, they beg to be born again in us. If we are willing to sing “Let it be” along with Mary, we can incarnate the love and grace and peace of God into the darkness that surrounds us, we can sing to shepherds and foreigners, we can give birth to the inextinguishable light of hope in our world.

Palmer mentions one of my favorite carols, Phiilips’ Brooks’ “O Little Town of Bethlehem,” pointing to the last two lines of the first verse:

Maybe that’s what every angel that shows up in scripture meant when they said, “Fear not!” It wasn’t about being scared of the angel in the room. It was a call to faith, to love, to incarnation: don’t be afraid to live out the love of God, regardless of the circumstances.

As I stood on the train platform this morning, I remembered that tomorrow there will be incrementally more light than today. The night is far gone. The day is at hand. Do not be afraid. We have work to do. Together.