I woke up this morning knowing it was going to be a busy day. (It appears waking up is oging to be a theme this season.) Mondays are rebuilding days at the Duke restaurant, meaning we pretty much have to make all things new, as far as our menu is concerned. From the time I get there at eleven until the dinner service begins at five, I keep a steady beat, working my way down a very long prep list. Though I knew my day would not have any significant breaks, I still put a couple of books in my bag, with it being Advent and all, because I always look for a couple of travelers for the journey this year. They rode to work with me and back home again before I was able to give them any attention; I was glad to have them with me nevertheless.

I did have something on my mind other than cooking, however. In L’Engle’s discussion of quanta last night there was something I didn’t quote, or quoted partially that kept coming back to me.

And, like the stars, they appear to be able to communicate with each other without sound or speech;

there is neither speech nor language; but their voices are heard among them,

She is quoting Psalm 19, paraphrased this way by Eugene Peterson:

God’s glory is on tour in the skies, God-craft on exhibit across the horizon.
Madame Day holds classes every morning,
Professor Night lectures each evening.

Their words aren’t heard,
their voices aren’t recorded,
But their silence fills the earth:
unspoken truth is spoken everywhere.

Wait – the choir extolling the sacredness of silence is not yet fully gathered.

I got home tonight and opened one of the books that had spent the day with me, Chet Raymo’s The Soul of the Night, to find him speaking of the silence of the stars. Raymo wrote a column for the Boston Globe for years that often spoke to me, even though it was in the Science section, because he looked at the universe with such a sense of wonder. Here’s what I read tonight:

As a student, I can across a book by Max Picard called The World of Silence. The book offered an insight that seems more valuable to me now than it did then. Silence, says Picard, is the source from which language springs, and to slience language must constantly return to be recreated. Only in relation to silence does sound have significance. It is for this silence, so treasured by Picard, that I turn to the marsh near Queset Brook in November. It is for this silence that I turn to the stars, to the ponderous inaudible turning of the galaxies, to the clanging of God’s great bell in the vacuum. The silence of the stars is the silence of creation and re-creation. It is the silence of that which cannot be named. (8)

I wonder. Another Bostonian, Phillips Brooks, came pretty close to naming it in one of my favorite carols:

How silently, how silently, the wondrous gift is given
So God imparts to human hearts the blessings of his heaven
No ear may hear his coming, but in this world of sin
Where meek souls will receive him still, the dear Christ enters in

When Elijah ran and hid because he was scared of Jezebel, God found him and told him to go up on the mountain and wait. The wind came, then the earthquake, and then fire – all noisy signs, but, the scripture says, God was in none of them. Then came, as the footnote in the RSV says, “a thin silence.” And God was there, how silently once more.

Getting ready for dinner is a noisy, frantic affair; getting ready for Jesus, however, is not. Or so it appears. And this is where I come clean about not being so comfortable with silence. I’m not very good at being still and knowing God is God. Yet the cloud of witnesses gathering round me today are calling me to take stock of the spaces between the stars, the minute movements of the quanta, and listen to the sound of silence, a deep abiding call to re-creation and renewal.

We watched Elf again the other night – second time this year already. During the scene where Buddy bounces up into Santa’s sleigh as it is trying to take off, a jack in the box pops up and startles him. As many times as we have seen the movie, none of us had ever noticed that detail before. It seems to me the call to silence is a chance for me to find something new in the story, an opportunity to be caught by surprise in all to familiar territory. Ginger and I often speak of the difference between ritual and habit. The latter is something one does over and over without thinking, or because it is how it is always done. The former is meaningful and intentional repetition, embracing the paradox that mystery resides in words and deeds we know by heart.

And that mystery seeps to the surface when we are silent like the stars. 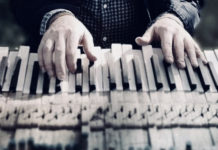 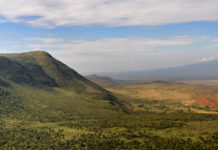 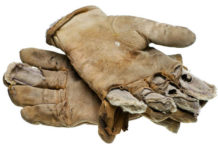