For the last twenty Advents I have been a prophet.

My calling began at First Congregational Church of Winchester, UCC where Ginger was serving as Youth Minister. We lived in Charlestown, which was eight miles away and didn’t have a car. I was teaching full time and going to grad school full time to finish up the requirements for my teaching certificate, so I didn’t get up early on Sunday morning to catch the bus to the commuter rail, which she had to do to get to work. Instead, I walked over the hill (Bunker Hill) to St. John’s Episcopal Church for the early mass and then came home to read like the wind. Until Advent, when she came home and asked me to be the prophet.

Those were the days when I had hair. Long hair. John the Baptist hair. And she and Skip, the senior pastor, thought it would be cool for me to come in from the back and announce I was the prophet and read the lectionary passage for the day. And it was cool. No one in the congregation had ever seen me until I came down the aisle and proclaimed, “I am the prophet Isaiah and this is the word of the Lord.” After Advent, I kept coming to church and found a home there with ties that still feed me. The next year, we came up with the idea for me to come in singing “Prepare Ye the Way of the Lord” from Godspell and I have kept singing every Advent for the last twenty Advents from Winchester to Marshfield to Durham as a way to make meaning out of words said centuries ago to people we know mostly by association.

Making meaning. My earliest memory of the phrase comes from my days in Clinical Pastoral Education (CPE) at Baylor University Medical Center in Dallas. CPE is a pastoral internship that might best be described as psychic surgery without anesthetic. For much of the time I worked there, I was assigned to the Oncology floor. Fairly early on, I remember reading an article that sought to address how to respond when people ask, “Why is this happening to me?” The question is a normal one, but the author of the article thoughtfully pointed out it was not a helpful one. There’s not an answer to that question that offers much in the way of healing. So, he said, we need to help folks learn to ask a different question: how do I make meaning of out what has happened?

When I read the article, I was not a person acquainted with grief. Looking back, I can see I was dealing with the beginnings of what would be come a full blown depression, but I didn’t know that then. In the Fall of 2001, when the ground opened up and the darkness became visible in ways I had not known before, I found myself asking why it was happening to me. And I actually could answer that question to a point, but even then I found the answers didn’t lead to healing. So I began to learn how to ask, “How do I make meaning?” And I began to find the answers that led me to love. Love at the bottom of life.

Part of finding my way out of my depression was finding my way into the kitchen. I started working as a chef because the kitchen was a depression free zone for me; I could actually function and make a living despite the encroaching darkness. In some ways, I suppose, I learned to make meaning the way I learned to make meals. Without realizing what I was doing, I wrote my recipe for meaning, for redemption, for finding my way back to myself. For me, the ingredients included walking, poetry, forgiveness, confession, talking out loud about it, and writing. The recipe is not as easily replicable as these Bacon-Cheddar-Grits Balls, but it’s worth sharing nonetheless.

Like many churches, yesterday was our Hanging of the Greens Service. In our rendition, we look at the stories behind how the different elements became part of the recipe of meaning that is Advent, and even Christmas. What becomes quickly apparent is most everything we consider a part of the season was appropriated from preceding tradition, from the greens to the candles to the holly and even the date on which we celebrate Jesus’ birth. The third century Christians chose December 25 to go full in the face of a Roman celebration as a way to make meaning of the Solstice and the ever shortening days and remember “the Light shines in the darkness and the darkness cannot put it out.”

The other thing that struck me was the fantastical nature of the stories, each one following a formula of the poor child who has nothing, grabs what she can on the way to the manger, and then turns it into something beautiful and meaningful — usually because she cries and her tears are transformational. The legends grow out of what people know to be true in their hearts, what has been handed down from one generation to the next, what helps us make meaning of this life where the sorrow runs deep and darkness seems unending.

One of my favorite carols is “In the Bleak Midwinter,” an old English carol that puts Bethlehem right in the middle of a blizzard that first Christmas:

snow had fallen snow on snow,
snow on snow in the bleak midwinter long ago.

And out of the bitter cold of that dark winter night come these words:

what shall I give him poor as I am
if I were a shepherd I would bring a lamb
if I were a wise man I would do my part
what I have to give I will give — my heart.

As I write tonight, we are finishing up a day of seventy degree sunshine, but the sorrow is not far under the surface. Whatever the season, we are still left to make meaning of a world that doesn’t often make sense. And so we wait, together, for Love to find us. 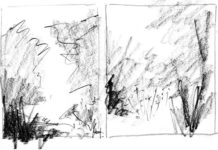 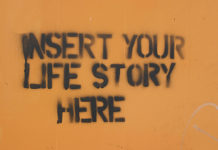