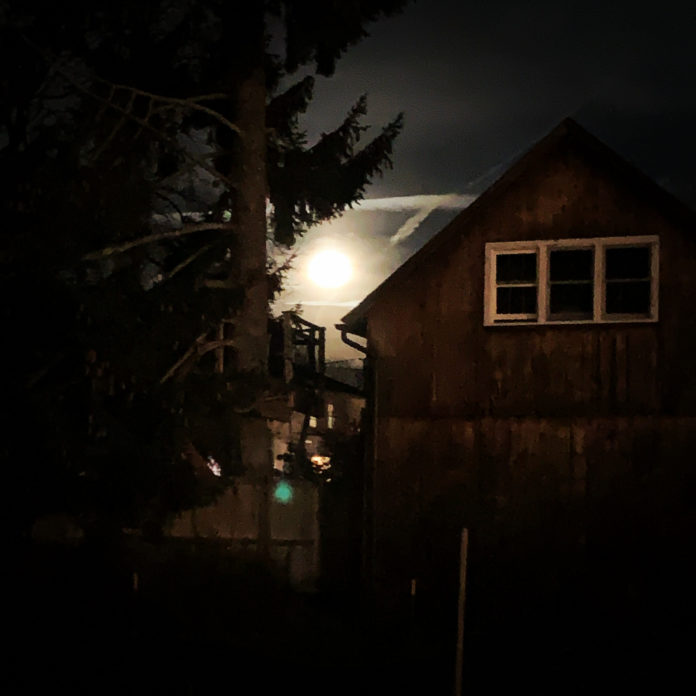 One of the things I often find is when I become aware of something I begin to notice it everywhere, which leaves me wondering if I see it everywhere because I’m looking for it or if I am just slow to the switch when it comes to catching on to stuff.

The last couple of weeks as Advent has begun, what I have noticed is not new to me. I’ve written about it before. But the pervasiveness of it has been much more apparent this year. I’m talking about the metaphors of light and dark, where light is good and dark is bad or troublesome or something not good. What is also not new to me is that the metaphors are problematic in our day because of the many ways the same metaphor we lean into during Advent has been used to justify racism over many centuries of Western expansion and colonial oppression.

Once again this year, I have spent some time searching for articles and books that talk about the impact of the metaphor and how to engage the biblical accounts in a way that doesn’t do damage to a large number of our siblings in Christ. Once again, I have found a lot of white people trying hard to deal with the problem, but struggling because they appear to enter the discussion determined to redeem the metaphor rather than beginning by listening to the impact of the words on those who are not light skinned.

Let me go ahead and say right now I am not writing because I found something no one else has thought of. I’m writing because I want to learn more about how to use my words to create solidarity and I figure the best way to do that is talk about it out loud and learn from what I miss in the process.

For me there is more at stake than just the biblical or philosophical metaphor. As one who lives with depression, I have found it there as well. William Styron’s book on his mental illness is called Darkness Visible: A Memoir of Madness. Matthew Johnstone wrote a book called I Had a Black Dog about his depression. Maybe that’s one of the reasons I liked Andrew Solomon’s The Noonday Demon: An Atlas of Depression because he changed the metaphor. My depression mugs me in broad daylight. Nighttime–sleep–has always been an escape, a hiding place. When it comes to my depression, I am grateful for the dark.

“Comparison is the thief of joy” is a quote attributed to Teddy Roosevelt. It came to mind as I was thinking about this today, alongside of working on a worship service for the Third Sunday of Advent, which is traditionally the Sunday of Joy.

Perhaps one of the issues in the metaphors of light and dark is that we use them comparatively almost all of the time without stopping to think of what we are leaving out in the process. One of the articles I found today that was new to me was written by someone named Catherine Bird. The site did not give any information about her. From her writing and her use of the word whilst, I gleaned that she was thoughtful and probably British. She said,

Whilst I would not like us to lose light as a positive metaphor, it is important to recognise that it is not universally helpful – light has many harmful and destructive qualities – and if we deny that Darkness can also describe God we are perhaps missing some very important characteristics of God, as well as being rather unfair on darkness. George Orwell said, “uncritical acceptance of existing phrases can shape thinking and hinder new thought.”

Then she offered “A Dark Creed.”

I believe in God
The creator of darkness,
Who conceived of its potential,
And allows it to live.

I believe in Jesus Christ,
The prince of darkness,
Who raises a canopy of grace
to shade the startled ones.

I believe in the Holy Spirit,
The inner shadow,
Who clings to our soul
and distorts the shape of our sorrow.

And she offered another thought:

If you find the image of Jesus as ‘the Prince of darkness’ concerning, then I ask you to reflect on the term Lucifer – which actually means ‘bearer of light’ or ‘Morning Star.’

During the Exile of Israelites to Babylonia, there they encountered the King, who was the son of Bel and Ishtar, associated in local mythology with Venus, the Morning star (so called because of its closeness to the sun and appearance in the sky just before sunrise) So, the King of Babylon became known as the ‘Morning Star’ or Lucifer.

As she went on to talk about how Lucifer and Satan ended up as synonymous, it made me think of other words and phrases that live on separated from their dubious history. I had to learn to quit saying “rule of thumb” when I learned it came from a law that allowed a man to beat his wife as long as the stick was not larger than his thumb in circumference. I chose to quit using father as a metaphor for God not only because it assigned gender to a God who transcends it, but also because I know too many people with problematic relationships with their fathers and I didn’t want them to be alienated by my choice of words.

And if I want to tell the story of the birth of Christ in a way that invites everyone to the manger, I need to learn how to do it without comparing light and darkness. Let there be light, yes, but not at the expense of the dark.

In the dark you can sometimes hear your own heart beat
Or the heart of the one next to you
The house settles down after holding itself up all day
Shoulder slumps, gives a big sigh

Fireflies, sparks, lightning, stars
Campfires, the moon, headlights on cars
The Northern Lights and The Milky Way
You can’t see that stuff in the day

I love the song because he’s describing somewhere I want to be. Just as the cycle of our lives takes us from sunset to sunrise and back again, so must our theology and our language make room for the whole spectrum of existence, the shadows and sunshine, the clouds and clear blue, not because they are opposites but because they are partners. Siblings.

John wrote that the light shines in the darkness and the darkness does not comprehend it. I’m guessing it works both ways: the light doesn’t always understand the dark either. But that does not pit them against one another, that just means they both have some learning to do, as do I. Rather than cling to an old rugged metaphor, I’ll trust that the God who made the dark is larger than light.

Now I just have to find the words.