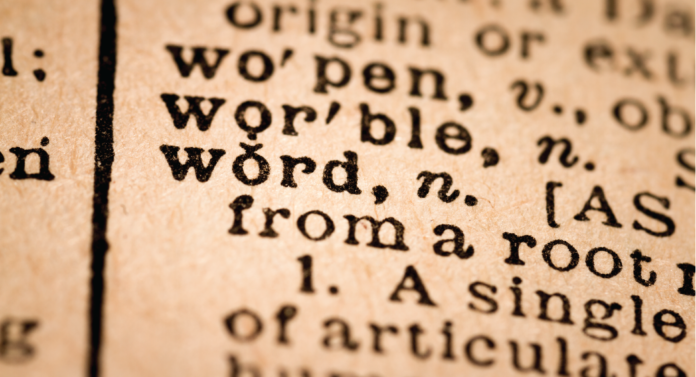 My sermon this week comes from Mark 1:14-20 where Jesus calls four of his disciples. The song that follows is “The Summons” by John Bell, which I learned at youth camp with Wilshire Baptist Church in Dallas.

As a boy, I was fascinated by the story where Jesus told his disciples to go into town and find a man with a donkey and say, “The Master needs your animal.” They did, and the guy just gave them the donkey. I pictured Jesus’ words sort of putting him in a trance that let the disciples take whatever they wanted. When I told that to my dad, he smiled and said, “I think Jesus knew the man with the donkey and had already made arrangements; the disciples were just picking it up.” It was the first time I ever thought about Jesus knowing people and having conversations that weren’t written down in the gospels.

The gospels are filled with stories where people kind of show up in the middle of a story and make huge decisions. The writers leave out all kinds of details—Mark, especially. Our passage for today begins about halfway through the first chapter of Mark. In the first thirteen verses, he covers John the Baptist, Jesus’ baptism, Jesus’ time in the wilderness, and John’s arrest. It is safe to say he left out a lot of details. Engaging the scripture requires our sacred imagination. We have to do the work to fill in the gaps—to humanize the people on the page.

Jesus and John the Baptist were cousins. We don’t know how much time they spent together as kids, but we do know they knew each other before Jesus showed up by the Jordan River to be baptized. John recognized him, and probably expected him. I even imagine they might have talked about it beforehand.

All of that is to say that John’s arrest would have been a cause of both alarm and grief for Jesus. And it appears it was also a signal for him to begin his public ministry in a more pronounced way. Because Mark is moving so quickly through these events, he makes it sound as though everything flowed one into the next—almost as if everything happened on the same day. But time passed. Jesus was in the wilderness for forty days after his baptism. We don’t know how long John was in prison before he was executed.

Instead of following Mark’s timeline, let’s look at the sequence of events. Jesus’ ministry begins in the context of grief: his cousin’s imprisonment. Jesus lost someone important to him, someone who had blessed him and mentored him, and, as a result, he began looking for those who would gather around him and work with him in the days to come—which brings us to the two scenes in our passage for today where Jesus calls out and the four men drop what they are doing and follow him.

Mark’s account makes them sound almost impulsive, but do we really think that Jesus just randomly picked people as he was walking? And do we think Peter, Andrew, James, and John just walked away from their fishing and their families because some guy asked them to? It makes me think of the movie Good Will Hunting, where Ben Affleck’s character, Chuckie, tells Will that he keeps thinking about the day that he comes to pick Will up and there will be a note saying he’s gone. Peter, Andrew, James, and John knew the day was coming.

I think Jesus had stopped to talk to them on many mornings. Maybe he bought fish from them. I also imagine a number of fish suppers around an open fire, much like the one Jesus built to serve Peter forgiveness over breakfast after Peter’s denial and Jesus’ death and resurrection. They saw each other day after day and then, one particular afternoon–or whatever time of day it was–Jesus stopped and said, “Come on, my friends; let’s do this,” and invited them into his dream to change the world. Jesus wasn’t magic. The disciples, or the ones who became disciples, followed him because he had built a relationship with them. They knew him. They were waiting for the invitation.

They all knew what they were doing. None of us follows Christ by accident. Though the grace of God often catches us by surprise and God does move in mysterious ways, we have to do the work of getting ourselves ready to hear the call of Love and respond to it.

When Jesus talked about fishing for people, I think he was doing more than demonstrating his ability at word play. We read the story and we see the metaphor: the fishing they knew meant casting nets and drawing everything in; Jesus was saying that’s how it worked with people, too. He could teach them how to do that.

As one who grew up in an evangelical denomination, the metaphor has grown more problematic for me because it can sound like we need to do whatever we can to hook people and reel them in, if you will. But the metaphor isn’t the heart of what is happening here. The point is that Jesus called, and they followed.

As far as the fishing goes, maybe we can draw another correlation. Fishing the way they did it was hard work. Fishing is still hard work. As Jesus walked by day after day, he saw their tenacity and dedication and he drew a parallel: “Let me show you how to channel that passion into people.”

One more thing. As Christians have read this story over the centuries we have talked about Jesus calling the disciples, which is a verb that means more than him offering them a new line of work. A calling carries a sense of purpose, of vocation, of doing what we were meant to do. Frederick Buechner says our calling is at the intersection of what we love most and what the world needs most. Krista Tippett wrote about calling, or vocation, this week and said,

“There are callings in a time as in a life,” she said. Let us let that sink in for a minute.

We must end this uncivil war that pits red against blue, rural versus urban, conservative versus liberal. We can do this if we open our souls instead of hardening our hearts. If we show a little tolerance and humility. If we’re willing to stand in the other person’s shoes just for a moment. Because here is the thing about life: There is no accounting for what fate will deal you. There are some days when we need a hand. There are other days when we’re called on to lend one. That is how we must be with one another.

Let us change our hearts and lives and trust the good news. Amen.