The subtitle to David Whyte’s book Consolations gives me a smile most every morning as I turn to my word for the day:

The Solace, Nourishment and Underlying Meaning of Everyday Words,

because the words are anything but everyday it seems to me.

(I have to say, parenthetically, that as great as his writing is, it bothers the hell out of me that he doesn’t use the Oxford Comma. But I digress . . .)

Today’s word was destiny. I don’t think of that as an everyday word; it’s a mythic word. And yet, when he defines (describes?) it, the word finds a quotidian home.

When we choose between these two poles, of mythic triumph or fated failure, we may miss the everyday conversational essence of destiny: our future influenced by the very way we hold the conversation of life itself, never mind any actions we might take or neglect to take. . . .

We are shaped by our shaping of the world and are shaped again in turn.

I can’t think of the word myth without thinking of Joseph Campbell and The Power of Myth. He changed the way I understood the word. Myth wasn’t make believe, it was archetypal story–the stuff civilizations are made of. One of the things he talked about was the monomyth of the hero’s journey, where the hero goes on an adventure, wins a victory in a decisive crisis, and then comes home changed or transformed. Jesus is one of the “heroes” he identifies.

I wonder about that.

Set your atonement theology aside for a minute and think about it. The crowd that waved palm branches was in full Bonnie Tyler mode, looking for a hero, as was Judas. And yes, Jesus did his share of healing, but after almost every instance he implored people not to go tell anyone. He kept saying things like, “The realm of God is among you, within you,” and. “You are the light of the world,” not, “Aren’t I the bomb?”

Heroes make for good fiction. I love Atticus Finch as much as the next person. But the truest way we can tell our story is to not make ourselves the hero. From a literary standpoint, the one who tells the story is the narrator, not the hero, nor the protagonist. One of the first things you learn when you study fiction is that first person narrators are notoriously unreliable, but when it comes to the stories of our lives, that’s all we have.

The Rumi couplet that hung with me from Melody Moezzi was

The best autobiographies are the ones who know the sacred light is not for them, primarily. They write about what they have learned, or the grace they have found, but not how they saved the world. Self-congratulation, whether fiction, biography, or real life–is not particularly helpful.

We often think we are looking for heroes, but we are really looking for each other. We don’t need to be saved as much as we need to belong, to be included. Rumi, again.

The faithful are mirrors for one another.

I’m not saying we shouldn’t have our moments in the sun, or that it isn’t fun or meaningful to be recognized for good work, or that we cannot bask in our accomplishments. I am saying those things are not the heart of the story. To be the hero is to separate ourselves. To be something other than fully human. The heroes ride off into the sunset; everyone else stays together and keeps on telling the story.

The word heroic gets thrown around a lot these days, often as a way to honor those in health care who risk their lives, which i most certainly want to do. But these folks aren’t riding off into the sunset. They keep showing up. They keep staying at the hospitals so their families are not endangered. They keep caring and doing and loving like human beings, not heroes. They are telling the story of who we are and who we are meant to be. Who we are made to be.

When the apostle Paul described Jesus, he said that Jesus “did not see equality with God as something to be grasped” and so he poured himself into his humanity, not to be a hero but to be one of us. He mirrors the best of who we were made to be. His light was to highlight how we are built to illuminate the world for one another. We are saved when we, like him, immerse ourselves in all the humanity we can find.

Tina Turner was right: we don’t need another hero. We need one another to show up and be us. We won’t ride off. We’ll just watch the sunset together. 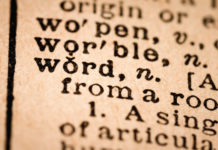 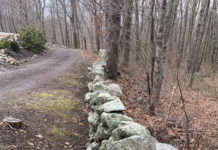