One of my favorite stories in the Gospels is in John 8–what is usually called the story of the Adulterous Woman, though adultery is not a solo sport. I’ve known the story for so long that I still hear the King James language in my head: they brought forth a woman “who had been caught in the very act of adultery.”

What that means is the men who dragged her naked into the middle of the village was someone they went looking for. They didn’t care about her or what she was doing. They wanted to make an example of someone. She was dispensable. Invisible. As Pádraig Ó Tuama says, “The woman was about to be stoned because of the addiction of the stoners.”

Here’s the next sentence:

They were addicted to a violent kind of belonging, a kind of community that forges its borders through selective exclusion.

The verb forge can mean hammering away at something or shaping or constructing; it can also mean falsifying or creating a counterfeit.

When I did allow myself a bit of time to read the news today–a time frame that grows shorter everyday for my personal well-being–I read what Trump said about some of the governors:

I say, “Mike, don’t call the governor of Washington; you’re wasting your time with him. Don’t call the woman in Michigan. It doesn’t make any difference what happens.’ You know what I say: ‘If they don’t treat you right, I don’t call.”

I thought to myself, “He’s addicted to stones.” He forges–falsely creates–selective divisions to fortify his violent sense of belonging. No matter how hard he works at it, it is still counterfeit. He is addicted to stoning. To violence. He doesn’t see people, he sees power. And he is not alone.

I also thought back to Bryan Stevenson’s book Just Mercy, which was recently made into a movie. One of the scenes in the book that didn’t make it to the screen is one that had the deepest impact on me. Towards the end of the book, he talks about meeting a woman who said she came to the courthouse everyday to help people. Many years before, her son had been murdered by two other teenagers, all of them African American. The boys were tried as adults and imprisoned as such. She spoke of a woman who had sat with her in those days, and she came each day. Part of what she said was,

All these young children being sent to prison forever, all this grief and violence. Those judges throwing people away like they’re not even human, people shooting each other, hurting each other like they don’t care. I don’t know, it’s a lot of pain. I decided that I was supposed to be here to catch some of the stones people cast at each other.

Ó Tuama uses the word addiction twice in his book. His second reference is the one I mentioned first. The other is his working definition of sin: “an addiction to being less than ourselves.”

I’ve been turning that one over for a few days now. It seems to me that one addiction feeds the other. When we are consumed with being less than ourselves, we can easily become consumed with a violent sense of belonging–that for there to be an us, there has to be a them.

That’s the lie. That is the forgery.

Being fully ourselves is not a solo sport. When we take seriously the responsibility of the power of belonging, we make the most of ourselves. That’s what the woman in the courthouse understood. Maybe that’s what Jesus doodled in the sand before he stood up and told the ones without sin to bring the high heat. As Bryan Stevenson says,

But today our self-righteousness, our fear, and our anger have caused the Christians to hurl stones at the people who fall down, even when we know we should forgive or show compassion. . . . [W]e can’t simply watch that happen. [W]e have to be stonecatchers.

Yes, we do, even as the stones are flying hard and fast. We must be ready to offer the best of ourselves. 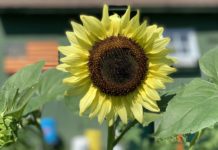