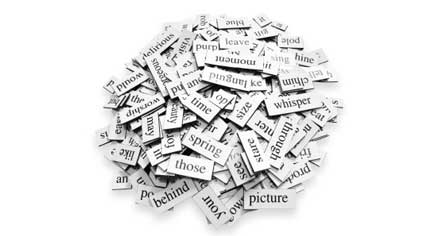 I have work to do, manuscripts to edit filled with words by authors who have done their best to make meaning out of faith and life in these days, and I feel like I am treading molasses, doing all I can to keep from drowning.

Toni Morrison died yesterday. She did things with the English language no one else had done or, perhaps, could do. Madeleine L’Engle said our vocabulary shrinks during wartime. Since we appear to be a nation who has chosen to be perpetually at war, we run the risk of losing words that matter the way we are losing species due to climate change; now we have lost one of our vocabulary generators—one of our peacemakers. In the wake of three mass shootings in a week, her death highlights my struggle to find words of my own.

I have been silent in this space since Lent ended. I suppose another way to say that is since Easter, but any sense of resurrection is hard to come by. I have posted poems and articles on Facebook and watched as some of those have flamed up as people have made assumptions beyond my words, or quickly divided into us and them. The volume level of the vitriol makes me feel like I trapped between floors in an elevator blasting death metal.

A couple of weeks ago, I preached using the lectionary texts for the day, which told of Abraham’s bargaining with God over finding a few good people in Sodom and Jesus’ parable of the friend at midnight. The Genesis account says God was fed up with the sins of Sodom. One Jewish commentator explains:

The prophet’s description combined with what the Torah reveals to us gives us the following picture: the people of Sodom insisted on preserving their high quality of living to such an extent that they established a principle not to let the poor and homeless reside in their city. Consequently, when a destitute person would come seeking help, they would revoke his right to any welfare–-public or private! By doing this they figured they would preserve an elite upper class community who would monopolize the profits that the bountiful land offers without having to distribute any revenues to a “lower class” of people.

It sounds way too familiar. Abraham started by asking if God would see the city as redeemable if he could find fifty people who were seeking justice. Almost as soon as he had asked, Abraham started renegotiating, and kept at it until his plea with God was that even five righteous people in the city of Sodom made it redeemable and was enough reason to have hope that things could change. God agreed.

I’m not sure I can think of a time in human history when the forces of justice appeared to be in the majority, and yet justice rolls down like water—like a tenacious river.

In the parable, Jesus describes someone who is surprised by a traveler and goes to a friend’s house to ask for food. It’s the middle of the night. The whole neighborhood is asleep. He bangs on the door and the friend refuses to get up, but the man is unrelenting. Most translations say he was persistent, but a better word is shameless. He didn’t care how he looked. He had someone to feed, he needed food to meet that need, and he knew who had food to share. Reputation or appearances didn’t matter.

I’ve mostly heard this story presented as an analogy, but it is as parable. It is not as simple as saying we keep knocking until God answers—which is also problematic theologically. The story has come alive for me in these days if I see God as the shameless one who is crying, “Sleeper awake!” And I am the sleeper.

The living of these days calls us all to examine what we have to offer a relentlessly compassionate God and a hurting world. The answers are multiple and disquieting. We have to be willing to look at changing how we speak, spend, and share. We have to let the common good matter more than individual privilege, comfort, or—dare I say it—rights.

Before I break into too much of a sermon, I want to get back to my purpose in this post. One of the things I have to offer is my writing. In the early years of this blog, my goal was to write every day. I wanted to feel like a writer. I wanted to be a writer. A writer writes. The reasons why I have not been as consistent are layered; I have mostly kept my promise to myself to write daily during Advent and Lent, as a spiritual practice. My sense of stagnation calls me to do what I know will wake my heart, and that is to write daily.

I will push beyond the debilitating cacophony of the culture. I will push beyond my sense that what I have to say is only heard by a handful. I will write something every day, as both my way of waking up to God’s tenacious abandon and to also join in God’s shameless knocking.

As I try to figure out how to end this post, an old lyric of mine comes to mind.

will you find me?