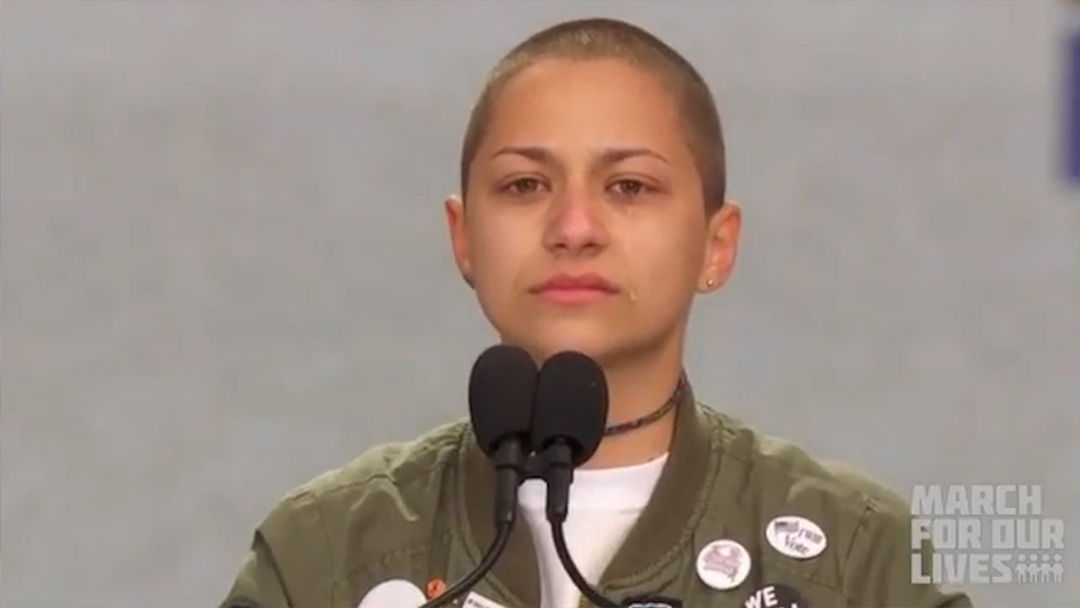 Woodstock happened the summer before I started high school.

I was living in Nairobi, Kenya. Later that fall, I got a copy of the soundtrack, and then my first guitar that Christmas. Some of the first songs I learned were off that record: “Drugstore Truck-Drivin’ Man,” “Wooden Ships,” and “I Feel Like I’m Fixin’ To Die Rag.” I never got good enough to play Hendrix’s “Star Spangled Banner.”

Though I was a long way from America, I followed the protests and saw the footage of flag-draped coffins being unloaded. I knew the war was wrong. Many years later, my brother was living in Stow, Ohio, next to Kent, and sent me a Kent State sweatshirt. “Of anyone I know,” he said, “if you could have been there, you would have been there.”

I really thought our generation would grow up and change the world. We didn’t. I thought our passion for peace would drive us to do things that had gone undone for too long. It didn’t. We lost hope and found cynicism. We gave up and sold out.

The ten-year anniversary of Woodstock was the summer of my second year in seminary. I 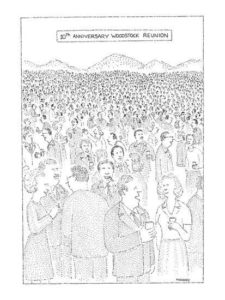 remember seeing this New Yorker cartoon. It wasn’t funny then. It’s tragic now, particularly as I listen to self-righteous Baby Boomers complain about the students who have stepped up and called for a reckoning on gun violence. And my generation’s condescension didn’t start with March for Our Lives. We’ve been bashing Millennials for awhile: they’re entitled; they want a trophy for participating; they are too connected to their devices. Blah, blah, blah . . .

Maybe be accuse them of self-absorption because we know it so well. If any generation has settled for getting-what’s-mine-first, it’s us. Not them. We make fun of the participation trophies because we traded our quest for peace for mutual funds and stock options. The increasing inequity in our country lies at our feet. Our generation has been the one in charge while the rich get richer and the poor get screwed. Some of us may have championed women’s rights and civil rights, but only for a season. We suck on our follow through.

I want to stand up as an unabashed supporter of the Millennials and Gen-X and Gen-Z. They are offering a different style of leadership, a different way of looking at each other than anything we came up with. I wish everyone of our elected officials over the age of fifty would be driven out of office in the next elections. I know that is drastic. But we need drastic. Most of us Baby Boomers can’t see past our comfort zones.

But I don’t mean to focus on us. We blew it. The best we can do now is play a supporting role for these young people who are willing to work to bring real and meaningful change. We were once, too, but we didn’t do it. Of course, there are reasons that we could name for why things happened as they did, and one of those is the generations before us didn’t do much to encourage us. Now we are the older ones. We are the self-described “ones who know.”

Remember what it felt like when we protested and people said we were communists, or radicals, or crazy, or evil? Let’s not do that to the generations who have followed us. Let us, instead, follow and support them not because they are young and idealistic, but because they are hopeful and determined and true. As David Bowie sang,

There is something happening here, and it’s not because of us. It is because our children are tired of the world we handed them and they are taking charge. We can choose to insult them, to create obstacles for them, or we can choose to participate and support them. Alas, we will not get trophies–only a better world than the one we gave them.