One of the realities—and wonders—of American life is Lent and Spring Training move side by side on the calendar. Red Sox fans observe Truck Day, which marks the trucks leaving Fenway Park with all the Spring Training equipment. This year it fell on Ash Wednesday, so I have been mindful of this tandem spiritual journey this year in particular.

I never played organized baseball. Some church softball along the way, though I would hesitate to claim any sort of expertise based on those games. Growing up in Africa I had an unexplainable attachment to the Boston Red Sox, which has both stayed with and grown in me over the years, but I have not always been a student of the game, nor one who counted the days until Spring. I grew into that, and the older I get the more important the dusting off of the diamond becomes. Today is the day, at least as a Sox fan, I get to hear one of my favorite sentences: “Pitchers and catchers, report.” Those rank among the most beautiful words in the English language. Spring is on the way. Baseball is coming back. It’s next year.

I’m not the first to wax philosophical about the game by any stretch. Perhaps my favorite comes from George Carlin and his comparison of baseball and football. I spent a good bit of time this afternoon reading different articles and stories. I wish, on this day of hope and promise, I had had the time to watch The Sandlot and Bull Durham and The Natural and Field of Dreams back to back to back to back.

Part of the reason I love this game its sense of time and space. The baseball diamond goes on forever. The foul lines are specific, but there is no back line. The batter can hit it out of the park, but it’s still a fair ball. The grandstands are not a boundary, they are seats in the middle of everything. Whatever lies beyond the diamond is still part of the game. Baseball is also the one sport where the clock doesn’t matter. Vince Lombardi said of football that he never lost a game, he just ran out of time. Innings mean we mark time in baseball by failures rather than second hands. Three outs, and in between the failures fall the successes, the near misses, the things hoped for. You play until someone wins, not until the clock runs out, but not sudden death. Both teams get their turn at the plate. And you play everyday.

Baseball is the only sport with the space to keep ridiculous statistics. We can know the probability of the success of a left handed batter who switch hits on Tuesday nights when it’s raining in Baltimore. Beyond the minutiae, the seemingly minuscule and meaningless numbers offer the chance of the long shot, even feed our hope in lost causes, not with the randomness of a lottery ticket, but with the trust that the impossible is probable. It really could happen, so don’t leave early.

The game also has a crucial mix of team work and individual performance. Baseball, at its core, is about what it means to work together. The baserunner has to watch the batter to know when the hit and run is on; a successful double play means three or four folks did what it took to make it happen. It is a team game even as it all rides, from time to time, on one person making the play or missing it—then we all win, or we all lose. Lent reminds me that my journey is personal, but not individual. I am walking well traveled roads, the grandstands filled with the great cloud of witnesses who have gone before me. It matters that I am one on the road, and life will go on without me; both things are true.

Lent and baseball share a sense of faith and failure. The journey from here to the cross and then the empty tomb call me once again to trust the impossible is probable. I do not choose to be a Christian because it offers me safety or security in my existence any more than I have been a lifelong Red Sox fan because I expect them to win every year.

These—and I shall close on this thought—are the great moral lessons that only a game with baseball’s long season and long history and dramatic intensity can impress on the soul: humility, long-suffering, dauntless love, and inexhaustible faith in the face of invincible misfortune. I could no more abandon my Orioles than I could repudiate my family, or my native heath, or my own childhood—even though I know it is a devotion that can now bring only grief. I know, I know: Orioles fans have not yet suffered what Boston fans suffered for more than twice the term of Israel’s wanderings in the wilderness, or what Cubs fans have suffered for more than a century; but we have every reason to expect that we will. And yet we go on. The time of tribulation is upon us, and we now must make our way through its darkness, guided only by the waning lights of memory and the flickering flame of hope, not knowing when the night will end but sustained by the sacred assurance that whosoever perseveres to the end shall be saved. 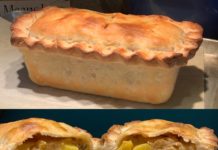 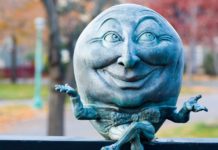